More than a dozen gay bars in the Washington, D.C. area have announced a boycott of Yuengling beer after the brand’s owner, Dick Yuengling, tweeted his support for Donald Trump last week.

“This is a gay bar and I am a gay bar manager, and we do serve Yuengling,” JR’s Bar manager David Perruzza declared in a Facebook video on Thursday. 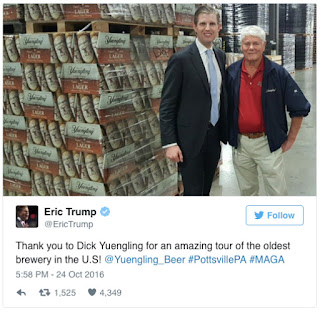 In it, Perruzza announces the bar’s decision to to dump the beer because Mike Pence, Donald Drump’s vice presidential running mate, is “one of the biggest idiots ever and very anti-gay.”

DCist reports the boycott began with Dito’s Bar manager and Hillary Clinton campaign volunteer Dito Sevilla, who started the boycott at his own bar before asking others in the neighborhood to do the same.

“I started at the gay bars because it was easiest—I know all of the managers,” he said.

“I was amazed at the speed at which people jumped on board,” Sevilla added, describing boycotts as “the fastest, most efficient way for us to express ourselves.” 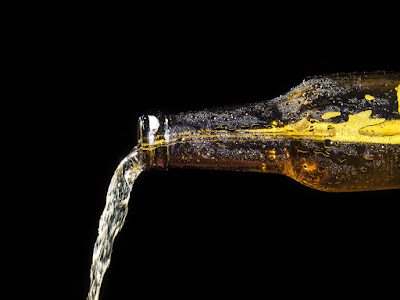 The Yuengling boycott even spread to Philadelphia on Wednesday, after out Representative Brian Sims posted a call-to-action on his Facebook page asking Philly gay bars to follow suit.

“One of the most prevalent brands in the Gayborhood and in LGBT bars across the Commonwealth, is using our own dollars to back a person and an ideology that says that our lives and our loves matter less,” he wrote.

Since his post, Sims reported that U Bar and TavernOn Camac “will be removing Yuengling from their shelves in the morning and canceling future orders.”

Below, you can hear fifth-generation Yuengling owner Dick Yuengling explain to Forbes how he “modernized” his business: