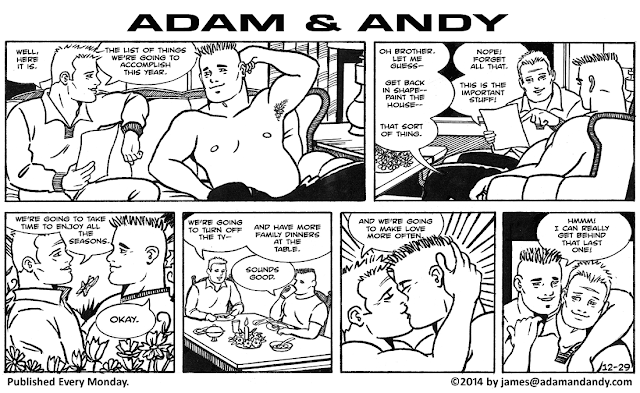 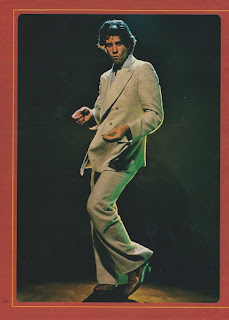 Today's Groovy Flashback is "Sex Stars of 1978" from the December 1978 issue of Playboy featuring John Travolta, Brooke Shields, Warren Beatty and many others (click the links for "Sex Stars of 1976 and 1977"). 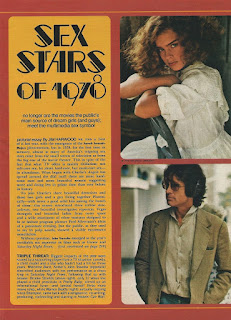 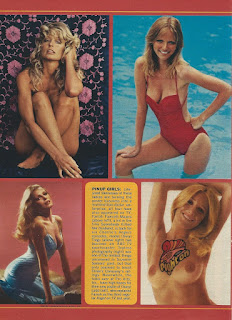 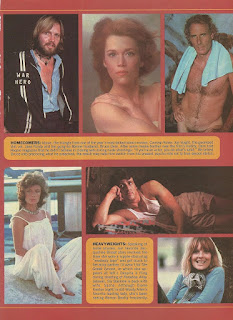 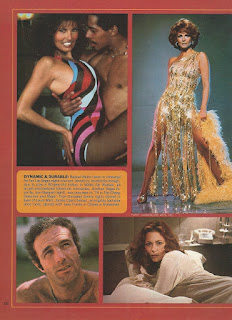 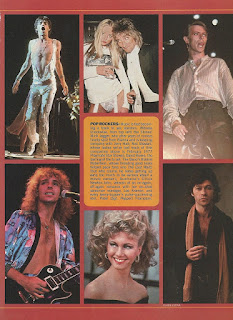 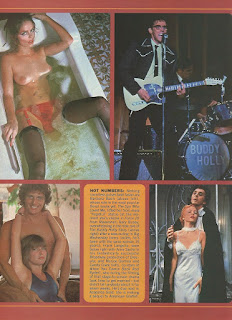 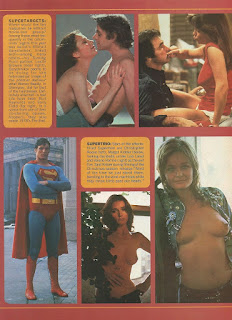 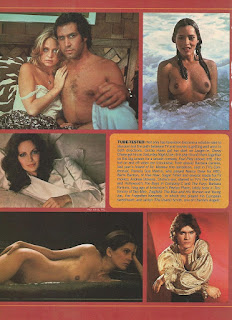 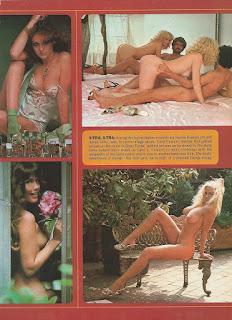 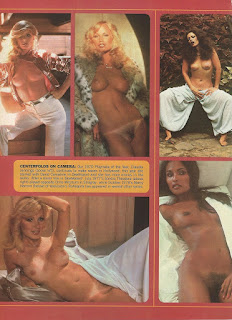 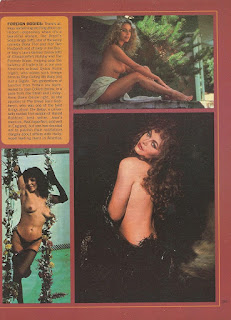 
From: Favorite Hunks & Other Things

Father’s Day is this Sunday, and while many of us may not have children of our own, it is still the perfect time to celebrate all the dog daddies of the world.

BarkBox leaned into this idea by creating a music video featuring four guys dedicating a smooth slow jam to the special canines in their lives. 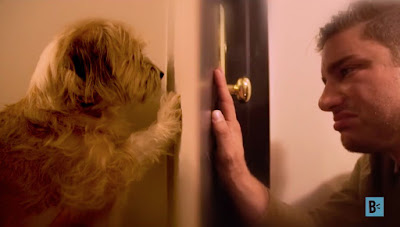 “Dog Dad Love Song” contains a plethora of pet puns and relatable lyrics, including “You take up the whole bed and I just get the small part/But it’s cool because you take the blame for all of my farts.”

Get ready to groove to the new holiday track and then send it to all the special pet parents in your life.
Posted by Daniel at 6/15/2018 10:44:00 AM No comments: Links to this post 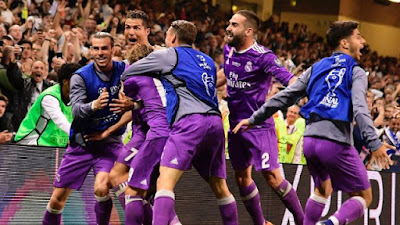 Champions League
It would be impossible to start a sports overview today without congratulating Real Madrid for their masterful win over a struggling Juventus in last night's Champions League European Cup final at the Principality Stadium, Cardiff, Wales. The astounding game inspired sportswriters to launch into a torrent of statistics, almost as many as baseball, only a few of which we will report in this space.


While Juventus played well for much of the game, it was clear that toward the end they were phoning it in, resigned to the Real Madrid victory.  Many Juventus players are commended for their play, among them Claudio Marchisio, who was sent in to right a sinking ship, and Mario Mandžukić, who kicked their only goal.  Meanwhile, CR7 garnered two goals, the second being the unbelievable 600th goal of his professional career.  Midfielder Casemiro and sub Marco Asensio kicked Real Madrid's other two goals, in their masterful 4-1 victory over Turin's Juventus. RM Coach Zidane has rotated players and concentrated on collective wins this season, the non Ronaldo goals in the game clearly showed that everyone matters on the team.  Last minute cameo by injured Gareth Bale, on his home territory of Wales, excited the crowds immensely.

In Bermuda
The America's Cup  This past week saw the qualifying rounds in the America's Cup in a round robin competition to determine which nation's ships would pass to the semifinals.  Today, these semifinals begin with series of races lasting until Thursday.  The next two rounds determine who, eventually, will challenge team USA for yachting dominance.  New Zealand and Great Britain will meet up in two races today, and Sweden will contend with Japan in two races today.  These pairs will race twice a day through Thursday, and then the winners of those series will ultimately meet up to determine the finalist.   Live coverage from Bermuda's Great Sound has been stunning, even for the fan of no sports.

In the USA
The National Basketball Association Finals continue today.  The Cleveland Cavaliers lost game one to Golden State Warriors, being overwhelmed 113-91.  The Warriors seized a 1-0 lead in the best-of-seven series that continues today in Oakland, California.  While the Warriors are making NBA history as they did last year, they know the feeling would be bittersweet without a title. Last year the Cavaliers made the greatest comeback in NBA Finals history, rallying from 3-1 down to take the title.  It is said that the Warriors are so strong, they could make an undefeated run to the title.  Basketball is basketball, though, and surprises are possible, even in the heavily scripted ego fest called the NBA.  Today's should be a good game. 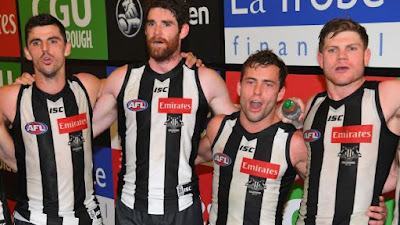 In Australia
In Aussie Rules only contest today, the Fremantle Dockers take on the Collingwood Magpies at Domain Stadium in Perth.  Fremantle and Collingwood meet for the 28th time and the Magpies hold the advantage with 16 wins to 11. Collingwood, looking very much like Juventus in the black and white stripes,  is aiming for three consecutive wins for the first time since rounds 14-16 in 2016, but the teams are evenly matched, and like to alternate victories.


Fremantle's resurgence hit a speed bump against Adelaide last round, and the Dockers need to bounce back to avoid a potentially swift tumble down the ladder. The midfield battle looms as the key this Sunday, with Collingwood's powerful force,  led by Scott Pendlebury, Adam Treloar and, how perfect is this,  Steele Sidebottom, ready to resist opponents Nat Fyfe, Lachie Neale, Stephen Hill. The Magpies have hit some reasonable form and a third-straight win would keep Nathan Buckley's men right in top-eight contention. 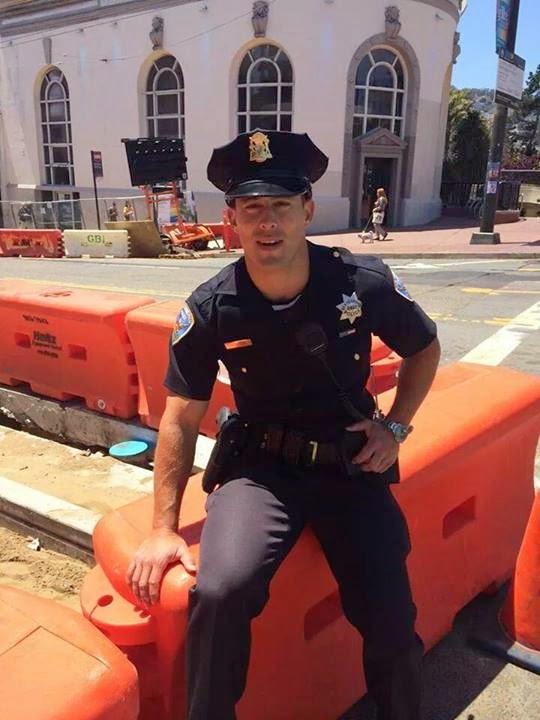 From: Favorite Hunks and Other Things 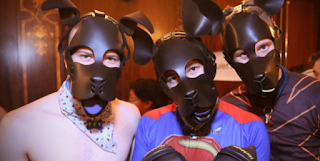 Chicago is one of the great American cities, and with the urban core in The Loop and shopping along Michigan Ave., a.k.a. The Magnificent Mile, to the bars in Boystown and the beautiful and queer-centric Hollywood Beach, the city boasts one of the most vibrant communities in the U.S.

During Memorial Day Weekend, it become even better. Thousands of hotties descend upon Chicago to partake in numerous events, including the International Mr. Leather, a celebration of all things in the leather lifestyle; and the Grabby Awards, honoring the work in the gay adult film industry. Besides all the events and nightlife, there is a big city sprawled out along Lake Michigan, with lots to do for both locals and visitors.

Here are some recommendations from people who love Chicago, either who live there or are partaking in the IML/Grabbys events:

“I love Architectural Artifacts. They go into old buildings and salvage all these beautiful artifacts from all the buildings, like old furniture, lighting fixtures, gates and doors, it’s pretty amazing. They have bottles and restaurant equipment from the old speakeasies, they have tin roofs, everything. They don’t just destroy stuff, they preserve, which I think is so cool. I’m so into that.” - Chi Chi LaRue, owner of Channel 1 Releasing and hostess of the 2017 Grabby Awards

“Take an architectural river cruise. There are several of them, depending where they start from. The best one is the First Lady. They are the most expensive, but they use docents from the Architectural Foundation. Besides the architecture of the city, with the docents you’re learning history.” - Gary Chichester, Board Member, Chicago LGBT Hall of Fame

“Chicago is one of my favorite cities. I’m going to see Ricky Gervais at the Chicago Theatre. Then my friends and I will go see Trannika Rex’s show at Berlin, and we will probably get some pizza. My favorite is Pizzeria Uno.” - Sister Roma, presenter at several Grabby Awards events and famed member of the San Francisco chapter of The Sisters of Perpetual Indulgence

“The Art Institute is one of the greatest museums in the world. It has an encyclopedic collection of some of the greatest art in the world. You can sit in front of the George Seurat, A Sunday on La Grande Jatte, and spend hours taking it in. It is almost a sexual experience in itself. You get the chance to see the hand of God in man’s creation, in experiencing a Jackson Pollock or a Rothko.” - Marc Ransdell-Bellenger, Curator and Head of Community Development for Tom of Findland Foundation, and former two-time IML contestant.

“I love Drew’s on Halsted. The food is incredible and I love their martinis. And Beatnix is the store for drag, clothes, shoes, it has it all.” - Honey West, Chicago-based nightclub singer, host, and transgender advocate

“Montrose Harbor and Bird Sanctuary Park has one of the most picturesque and beautiful views of the city. It is basically every postcard of Chicago’s skyline.” - Michael Gifford, director and co-writer of “Steamworks The Musical” at The Annoyance Theatre

“If you’re a drag queen or just have gaudy taste, I suggest the jewelry district in Ravenswood on Clark St., between Montrose and Sunnyside and then up to Wilson. Giant bejeweled pageant necklaces, earrings, clip-ons, body chains, crowns, it’s all there. Start with Clark Fashion Depot, hit up So Good, and definitely A-One. If you’ve ever seen a Chicago drag queen on RuPaul‘s Drag Race, she’s probably dripping in jewelry she bought at these stores, and she probably didn’t spend over $40 on a whole matching look. Detox is known to clear out an entire rack so no one else can get her favorite earrings.” - Trannika Rex, comedian and hostess at Berlin