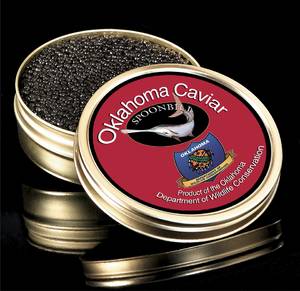 Caviar is the processed and salted roe of fish. Roe is the mass of eggs contained in the ovaries of a female fish or shellfish. While people use the word caviar to describe any fish egg, true caviar comes from the sturgeon, which lives in the Caspian or Black Sea and includes such species as beluga, sevruga and ossetra. The sturgeon and its different species are known to produce the finest varieties of caviar.

A female sturgeon’s roe supply isn't as puny as you might think and can comprise up to 25 per cent of her body weight. Given that some mature sturgeons can weigh up to 300 pounds, each female can supply a substantial amount of caviar during her lifetime.

According  to the Caviar Guide, the term caviar comes from the Turkish word havyar, derived from the Iranian word khayah.

The smooth tiny eggs are usually black, though caviar comes in many shades, including red, gold and grey.

Caviar berries are rated on a variety of characteristics, including egg color, lucidity, maturity, size and uniformity. The caviar's fragrance and egg-shell hardness also contribute to it rating.

It may be hard to believe, but at one time, caviar was served in bars, sometimes for free like peanuts are today to encourage customers to drink more. That was during the caviar boom experienced in North America during the 19th century after sturgeon fish were discovered in U.S. rivers.

The supply was so rich that Canada and the U.S. became the major suppliers of caviar to Europe. By 1900, the U.S. was the largest producer in the world, generating over 600 tons a year.

Because so many fish were harvested for their caviar, a ban was imposed on commercial sturgeon fishing in 1906. By then, though, Americans had grown to love caviar. Cesar Ritz put it on his menu and caviar secured its place in high-end dining establishments that began popping up at this time.

The ban never countered the dwindling sturgeon population, though, and by the 1960s the price of caviar skyrocketed due to scarce supply. Today, there are limits and bans on fishing as well as exporting bans on caviar in an effort to conserve endangered fish supplies. Naturally, these restrictions raise the price of caviar even more. 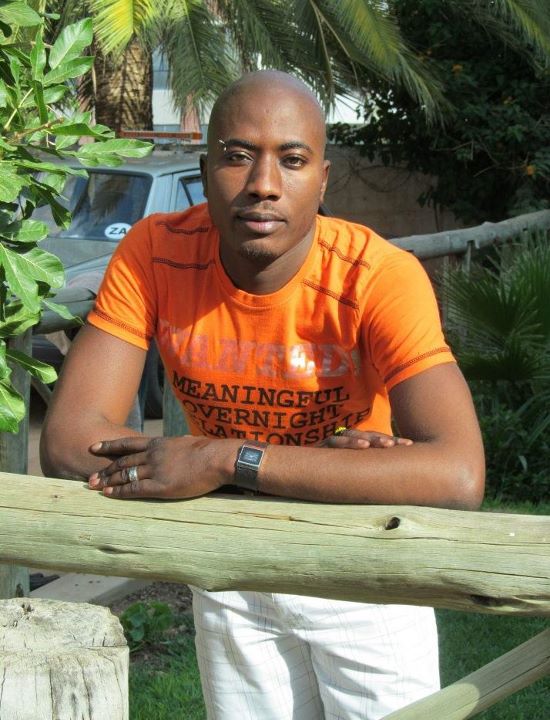 Every year on 18 July — the day Nelson Mandela was born — the UN joins a call by the Nelson Mandela Foundation to devote 67 minutes of time to helping others, as a way to mark Nelson Mandela International Day.
For 67 years Nelson Mandela devoted his life to the service of humanity — as a human rights lawyer, a prisoner of conscience, an international peacemaker and the first democratically elected president of a free South Africa.
Posted by Daniel at 7/18/2014 11:03:00 AM No comments: Links to this post 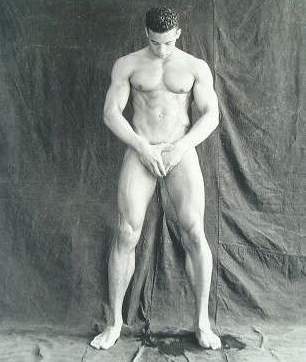 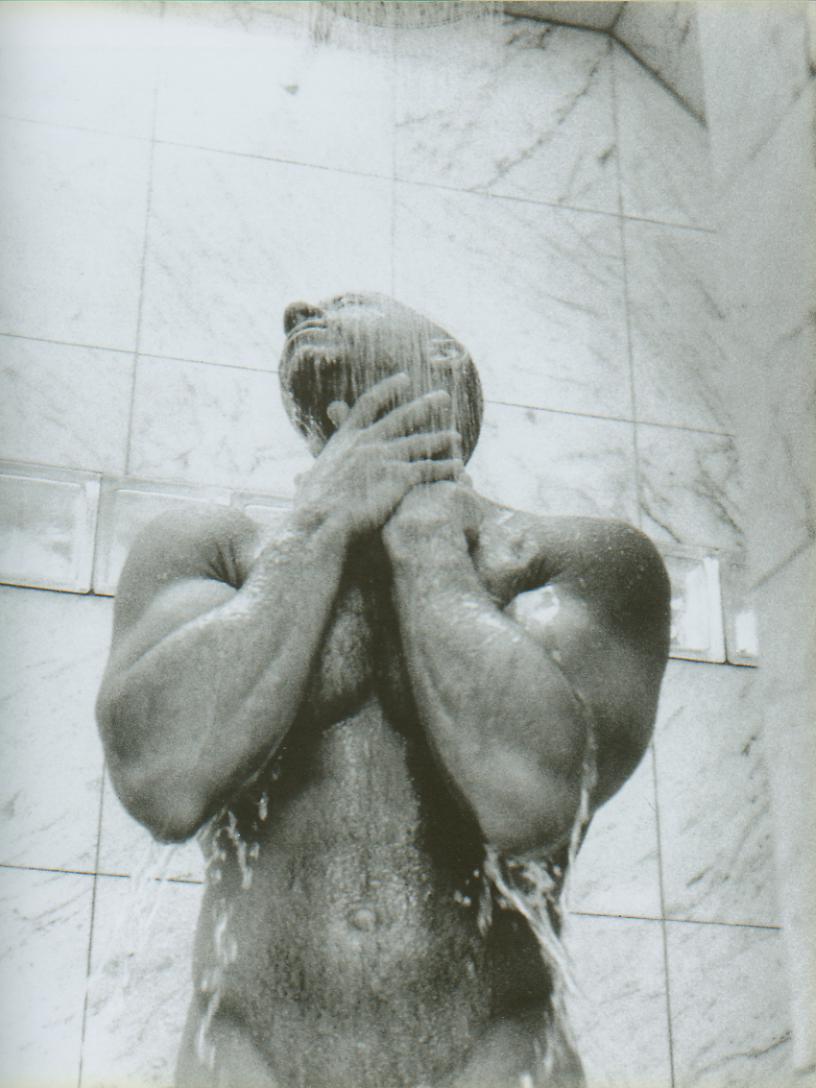 Vin Diesel (born July 18, 1967) is an American actor, producer, director, and screenwriter. He came to prominence in the late 1990s, and first became known for appearing in Steven Spielberg's Saving Private Ryan in 1998. He is most known for his portrayals of Riddick in The Chronicles of Riddick trilogy (2001–2013) and of Dominic Toretto in The Fast and the Furious film series (2001–present), two franchises in which he also acted as producer. 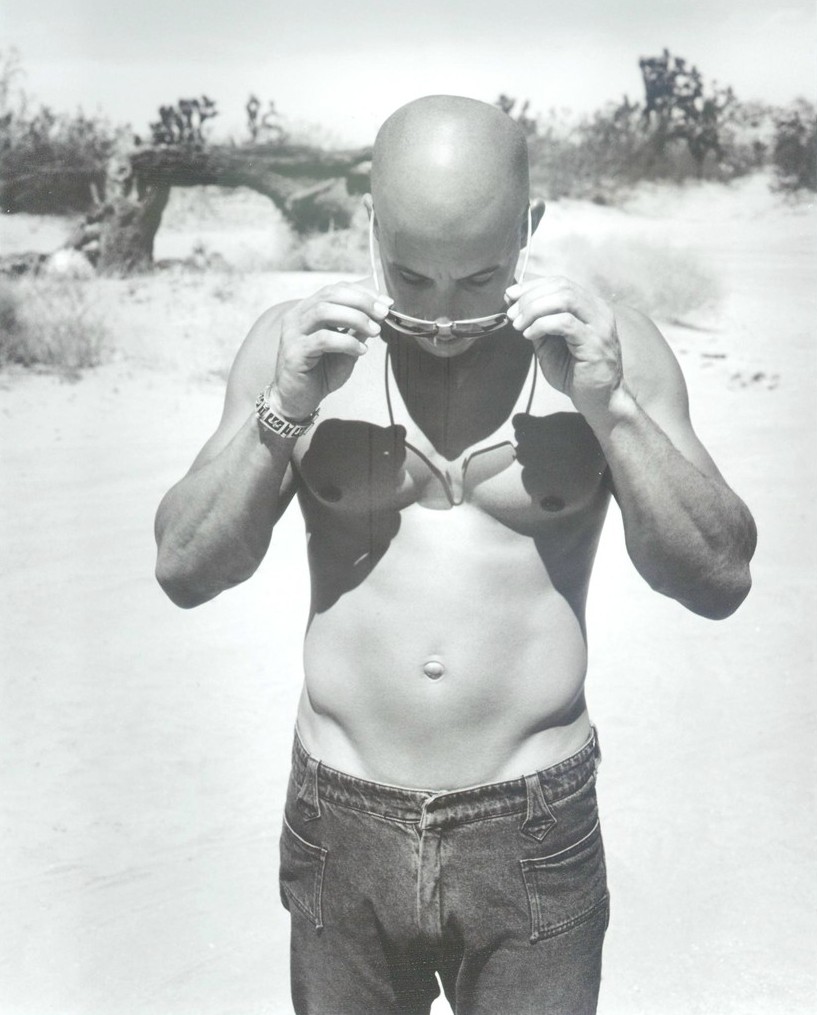 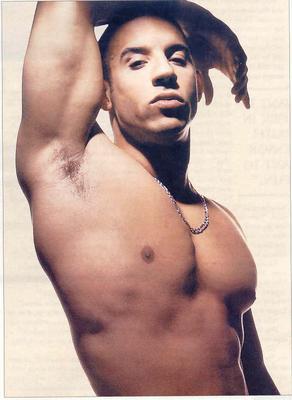 As a filmmaker, Diesel directed, wrote, produced and starred in the drama film Strays, as well as in two short films. He is the founder of the production companies One Race Films, Racetrack Records, and Tigon Studios. 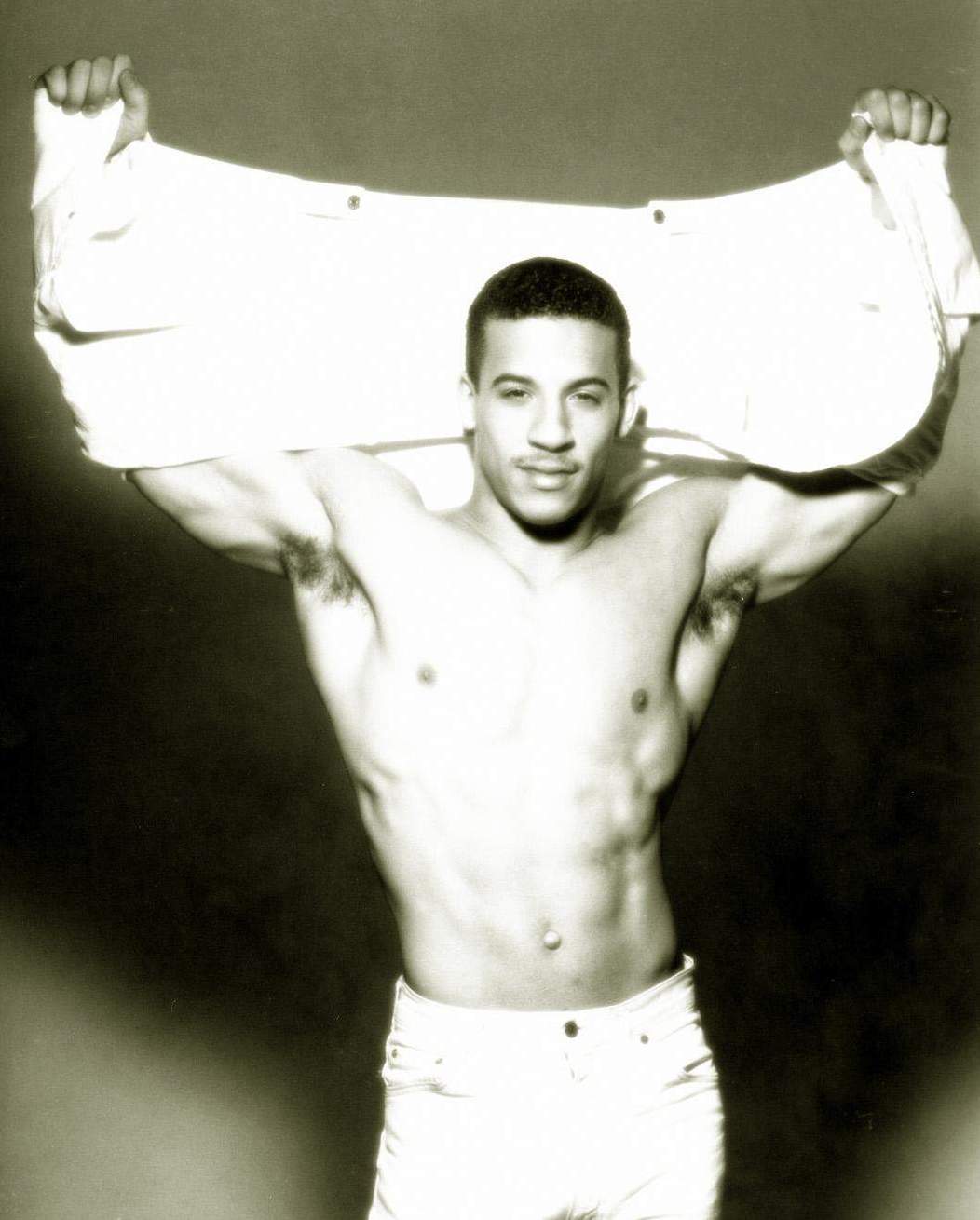 Diesel was born as Mark Sinclair or Mark Vincent in New York City. His mother, Delora Sherleen (Sinclair) Vincent, is an astrologer. Diesel has stated that he is "of ambiguous ethnicity". His mother's background includes Scottish, English, and German. He has never met his biological father, and has stated that "all I know from my mother is that I have connections to many different cultures". Diesel has self-identified as "definitely a person of color". He has stated that his parents' relationship was illegal in some parts of the United States due to anti-miscegenation laws. Diesel was raised by his Caucasian mother and African-American stepfather, Irving H. Vincent, an acting instructor and theater manager. He made his stage debut at age seven when he appeared in the children's play Dinosaur Door, written by Barbara Garson. The play was produced at Theater for the New City in New York's Greenwich Village. His involvement in the play came about when he, his brother, and some friends had broken into Theater for the New City's space on Jane Street with the intent to vandalize it. They were confronted by the theater's artistic director, Crystal Field, who, instead of calling the police, handed them scripts and offered them parts in the upcoming show. 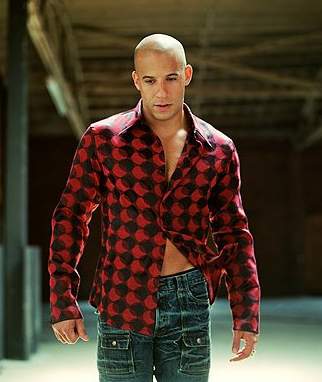 Diesel remained involved with the theater throughout adolescence, going on to attend the city's Hunter College, where his creative writing studies led him to begin screenwriting. He has identified himself as a "multi-faceted" actor as a result of early difficulties finding roles due to his mixed heritage. He changed his name to Vin Diesel while working as a bouncer at the New York nightclub Tunnel, because one's real name is not usually given out in that business. The name "Vin" is simply a shortened version of "Vincent". He received the nickname "Diesel" from his friends, who said he ran off diesel fuel, referring to his non-stop energy. 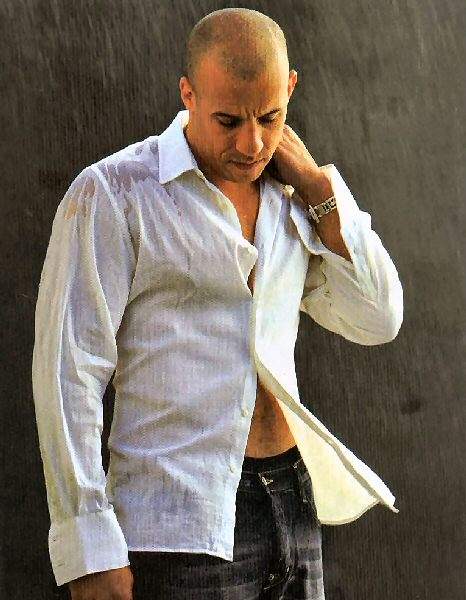 Diesel is noted for his recognizably deep voice; he has said that his voice broke at around age 15, giving him a mature sounding voice on the telephone. He has a twin brother, Paul, a younger brother, Tim, and a sister, Samantha. Around 2001, Diesel dated his Fast and the Furious co-star, Michelle Rodriguez. 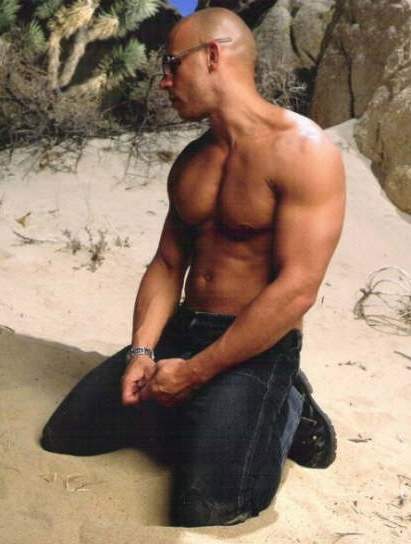 Diesel has a daughter, Hania Riley (born 2008), and a son Vincent (2010) with his girlfriend, Mexican model Paloma Jimenez. Speaking to An tEolas, an Irish newspaper, Diesel stated he has been seen as a hard man, but is in touch with his soft side as a father. Diesel claims that he prefers dating in Europe, where he is less likely to be recognized and where celebrities are not romantically linked to each other. He prefers to maintain his privacy regarding his personal life: "I'm not gonna put it out there on a magazine cover like some other actors. I come from the Harrison Ford, Marlon Brando, Robert De Niro, Al Pacino code of silence." 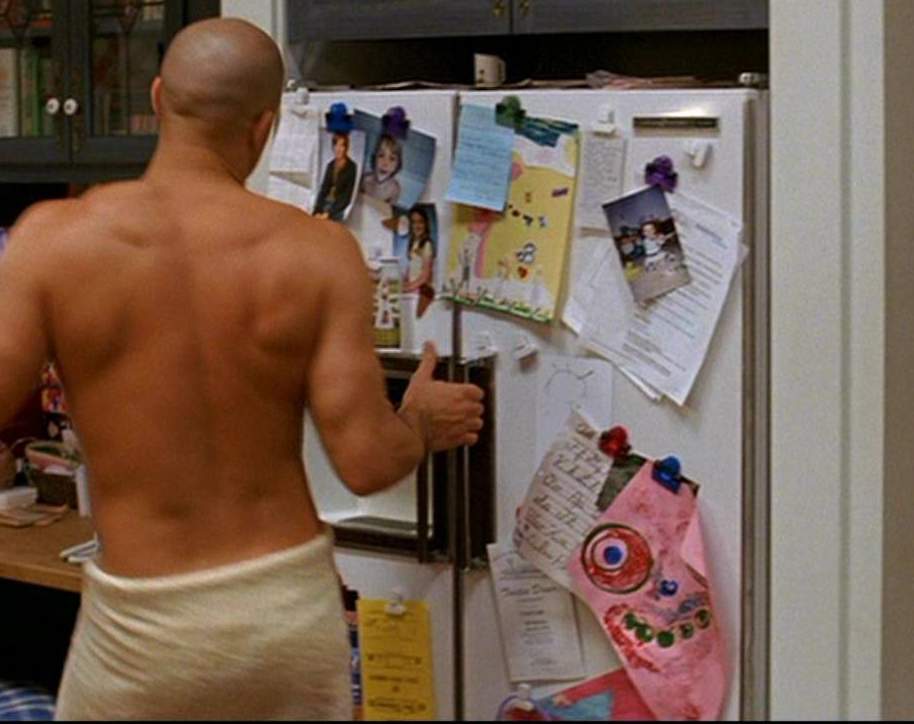 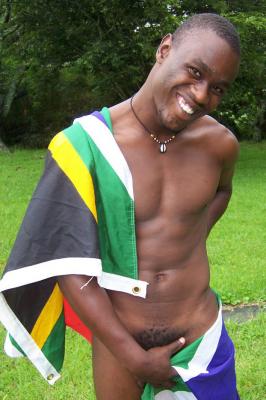 Every year on 18 July — the day Nelson Mandela was born — the UN joins a call by the Nelson Mandela Foundation to devote 67 minutes of time to helping others, as a way to mark Nelson Mandela International Day.
For 67 years Nelson Mandela devoted his life to the service of humanity — as a human rights lawyer, a prisoner of conscience, an international peacemaker and the first democratically elected president of a free South Africa.
Posted by Daniel at 7/18/2014 03:35:00 AM No comments: Links to this post