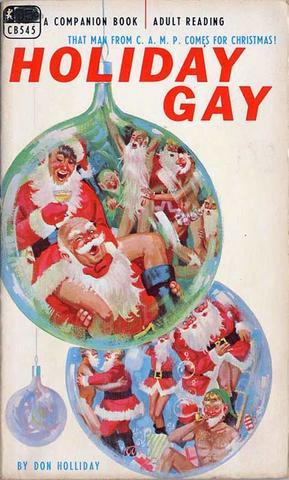 Holiday Gay
That Man From C.A.M.P. Comes For Christmas!
By Don Holliday

Santa's unsuccessful experimentation with other transportation options
From: The Grand Rapids Press
It’s a little known fact that Santa didn’t always get around on Christmas Eve in a big red sleigh.

I know this because of this week’s bad postcard, a glorious linen card depicting St. Nick experimenting with other forms of transportation.

We see Santa fancying himself has a cyclist, trudging through the snow.

It looked like he’s being chased by two hooligans who are unhappy about being on the naughty list. They're chasing Santa down after discovering coal in their stocking.

Santa doesn't appear to be able to shake the well-dressed ruffians, probably because he’s weighed down by his heavy sack. He’s also not practicing safe cycling, for some reason trying to carry a small evergreen.

The incident probably prompted the switch to flying reindeer. They’re high-maintenance, and you have to put up with all those reindeer games. But you never have to patch a flat tire. 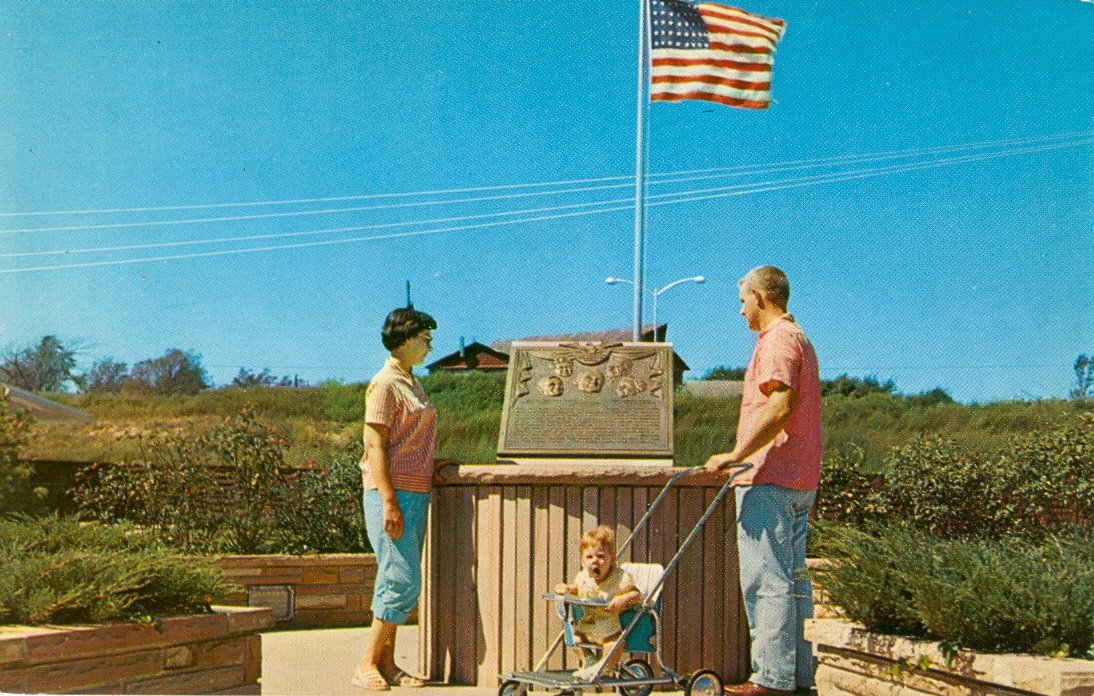 I’m sure you remember the bad postcard with two Kansas City parents and their toddler, whom we named “Little Harry,” gazing reverently at a plaque dedicated to the family of Harry S. Truman in the Truman Corners shopping center. Actually, Little Harry wasn't gazing reverently: He was expressing outrage. 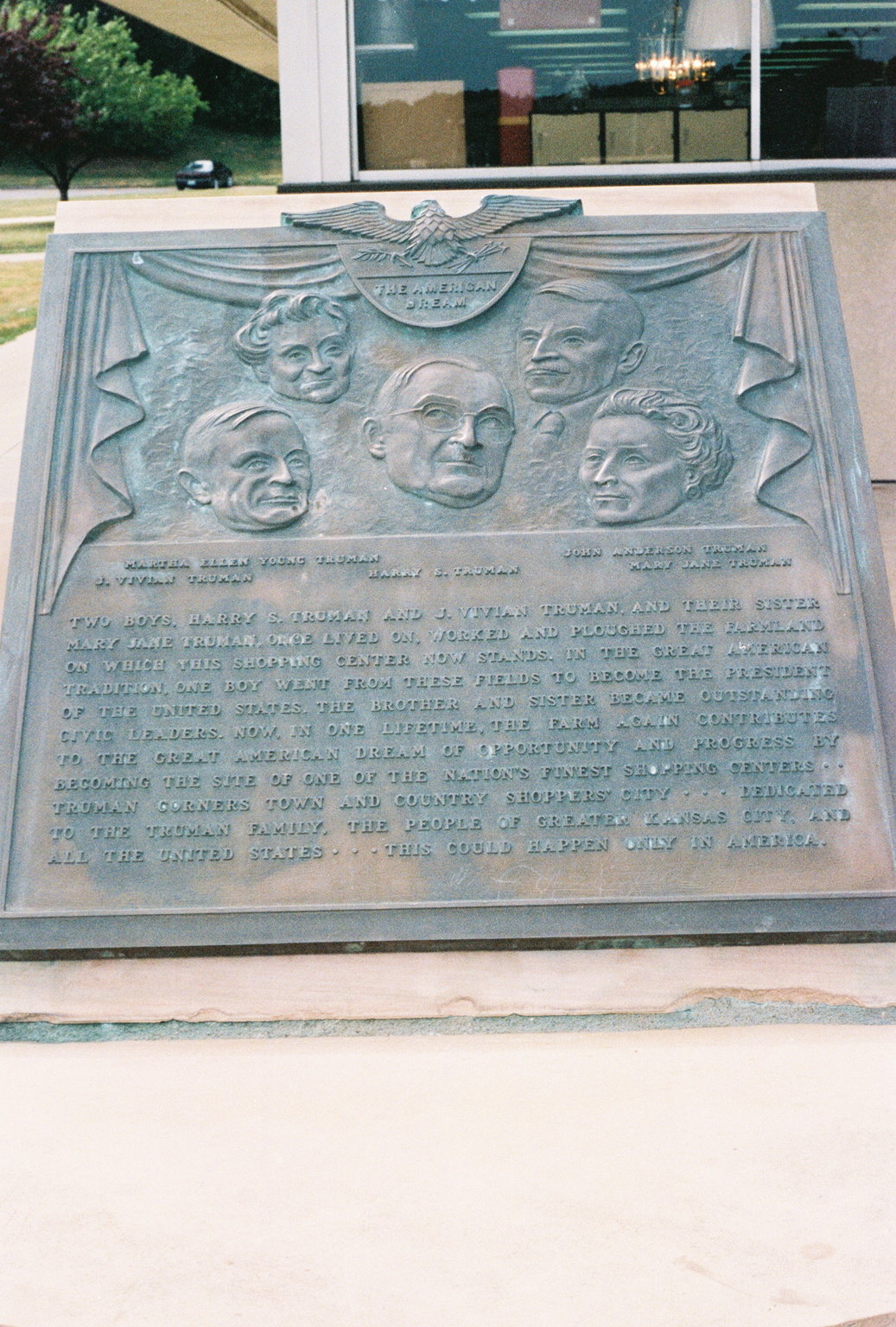 I mistakenly assumed the plaque was Harry with his wife and daughter, and two “mystery Trumans.” Well, I got Harry correct. The other floating heads belong to his parents, sister and brother. 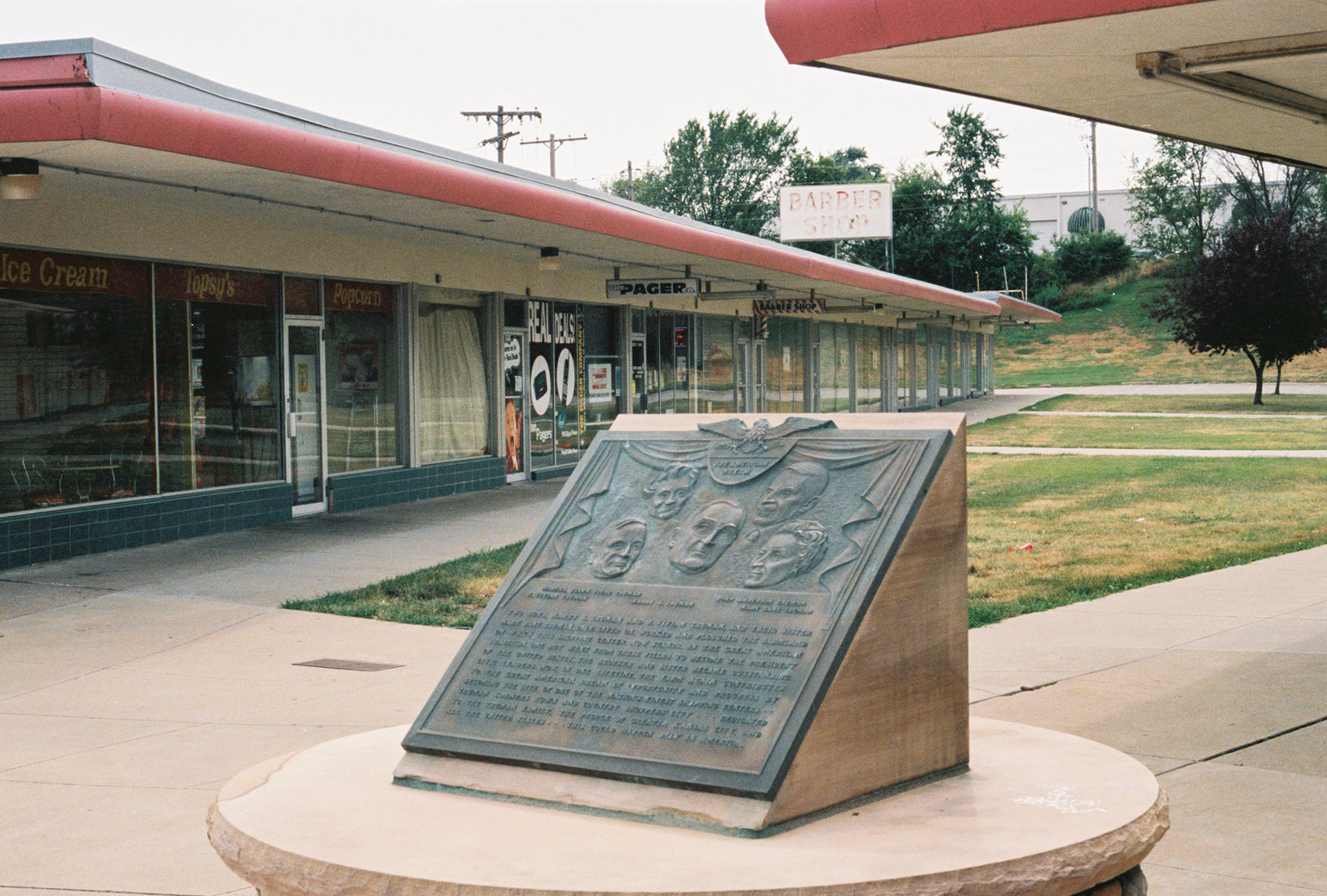 I know this because a reader who likes to be known as “Suit & Tie Guy” sent me an early Christmas present.

“Hi. I was going through some old photos, and found this. Then after Googling to see what the shopping center was up to lately, I came on your ugly postcard post on MLive.com and thought you might like a copy of this photo.

I took this photo when I was there in 1999. My car had stranded me there and I was just walking around near the hotel I was staying at. This plaque amused the (heck) out of me; you should be able to read it now.

“Two boys, Harry S. Truman and J. Vivian Truman, and their sister Mary Jane Truman, once lived on, worked and ploughed the farmland on which this shopping center now stands. In the great American tradition, one boy went from these fields to become the president of the United States. The brother and sister became outstanding civic leaders. Now, in one lifetime, the farm again contributes to the great American dream of opportunity and progress by become the site of one of the nation’s finest shopping centers. Truman Corners Town and Country Shoppers’ City. Dedicated to the Truman family, the people of Greater Kansas City and all the United States. This could only happen in America.”

Suit & Tie Guy sent another photo showing us a little more of the shopping center, and, well, the ice cream store looks nice.
Posted by Daniel at 12/22/2014 05:46:00 AM No comments: Links to this post