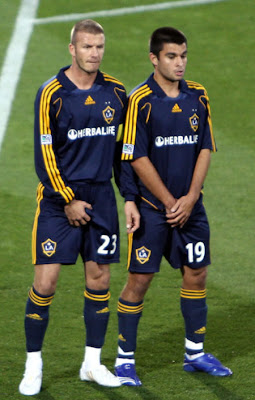 Check out yesterday's winning caption after the jump:

Fireworks for the Fouth 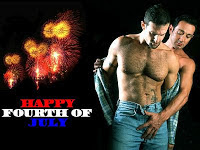 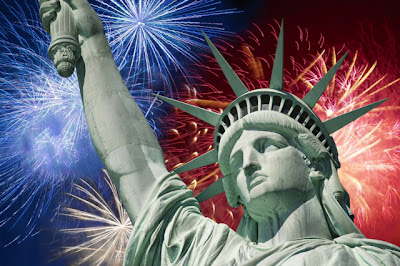 It Takes a Thief is an American action-adventure television series that aired on ABC for two and a half seasons between January 9, 1968, and March 24, 1970. It starred veteran movie actor Robert Wagner in his television debut as sophisticated thief Alexander Mundy, who works for the U.S. government in return for his release from prison. For most of the series, Malachi Throne played Noah Bain, Mundy's boss.
It was among the last of the 1960s spy television genre, although Mission: Impossible continued for several years. It Takes A Thief was inspired by, though not based upon, the 1955 Cary Grant motion picture To Catch a Thief, directed by Alfred Hitchcock; both of their titles stem from the English proverb "It takes a thief to catch a thief."It Takes a Thief, which was created by television writer Roland Kibbee, featured the adventures of cat burglar, pickpocket, and thief Alexander Mundy, who steals to finance his life as a polished playboy and sophisticate. He is in prison when the U.S. government's SIA (secret intelligence agency) proposes a deal to Mundy: steal for the government in exchange for his freedom. Mundy is puzzled, and asks, "Let me get this straight. You want me to steal?" In the main opening titles, his new SIA boss, Noah Bain, uses the catch phrase, "Oh, look, Al, I'm not asking you to spy. I'm just asking you to steal." In pre-production, the title began as Once a Crook.
The series opened with its pilot episode, a ninety-minute (with commercials) special premiere titled "A Thief is a Thief is a Thief," whose source story Kibbee wrote and dramatized and which Leslie Stevens directed. When the series was released into syndication in the 1970s, the pilot episode was withheld from the series' syndication package, and was expanded into a 99-minute feature film for overseas release and was eventually released in a separate domestic syndication package, under the title Magnificent Thief. This feature film version of the pilot episode was released on home video in the 1990s.
In the series' third season, Throne was replaced by Edward Binns as Mundy's SIA boss, Wallie Powers. As Throne explained: “They had this idea of shooting the whole season in Italy, but they wanted me to stay behind and give Wagner’s character...orders over the phone. I told them if I didn’t go I’d quit, and I did. The show didn’t last another half a season.” Throne's version of events was somewhat incorrect, as the third season was a full one. In the end, portions of season three were filmed in Europe ... and Binns, Thorne's replacement, got to make the trip and film some scenes there.
Also during the third season, Fred Astaire played Alistair Mundy, Alexander's father, in five episodes. Alistair is also a master gentleman-thief, who says bemusedly, at the start of each episode in which he appears, "I've heard of stealing from the government, but for the government?" Note that Alistair was the lead character in most episodes in which he appeared, rather than Wagner's character of Alexander, who was relegated to supporting or even cameo roles in these episodes. This is somewhat reminiscent of the way the 1950s TV series Maverick would introduce a relative of the previously established main character, and then alternate giving the two characters the leading series role from week to week.
The following is drawn from Dean Brierly's writings in Cinema Retro magazine on Friday, July 18. 2008.

"For all Wagner's abilities, however, It Takes a Thief was its most effective when Throne made his powerful presence as Noah Bain manifest. Wagner's stage-trained primary cast-mate, whose trademarks included a deep distinctive voice, was a working actor in many "cult" television productions during the 1960s and 1970s. His burly physique and stolid slab-like face enabled Throne to excel as gruff authority figures, and his keen intelligence and surprisingly wide emotional range added fascinating layers to his performances. The potent onscreen chemistry he and Wagner displayed gave a real edge to their characters' adversarial relationship. Bain, whom Magnificent Thief had shown to be the police detective who had brought about Mundy's arrest and imprisonment, was hard-nosed, with a ruthless streak, and he frequently threatened to return Mundy to prison if the latter stepped out of line. Yet he also maintained a healthy respect for Mundy’s criminal talents, as well as a grudging affection for the master criminal himself." 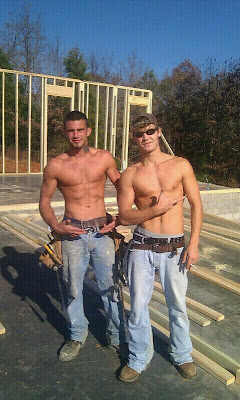 Four for the Fourth! 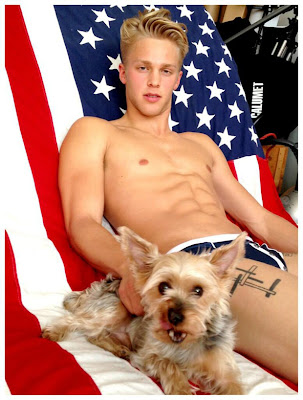 To celebrate the nations 237th birthday, you will find four sexy photos featuring "The Stars and Stripes" and "Red, White, and Blue"  in full glory of  pride and joy.  Happy Fourth of July! 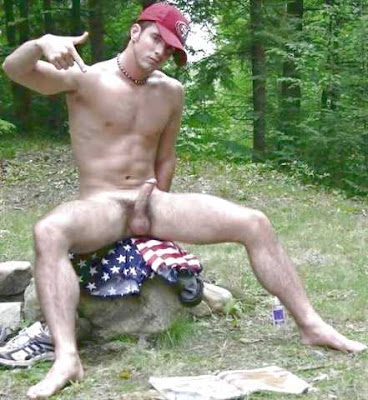 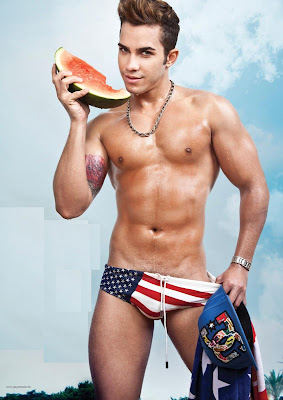 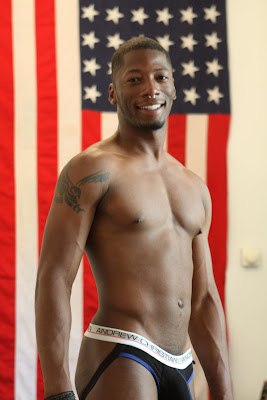 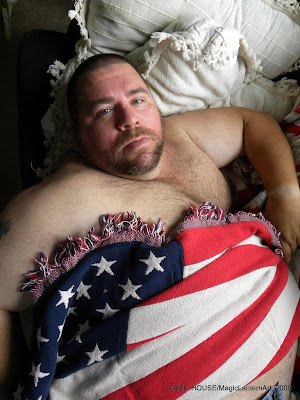 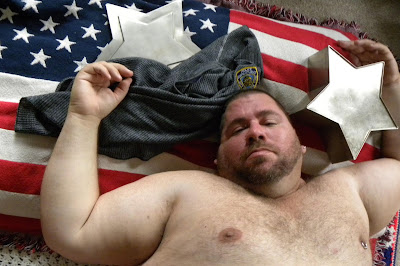 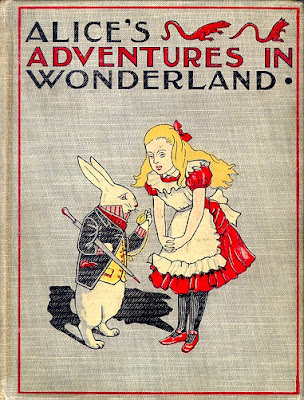 Email ThisBlogThis!Share to TwitterShare to FacebookShare to Pinterest
Labels: Today in History 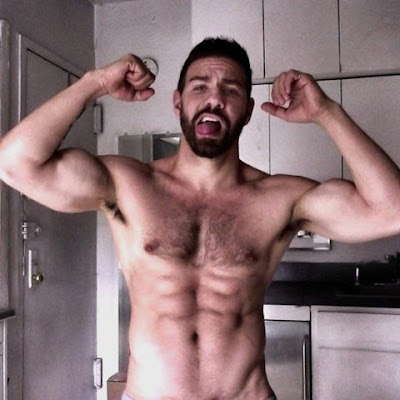 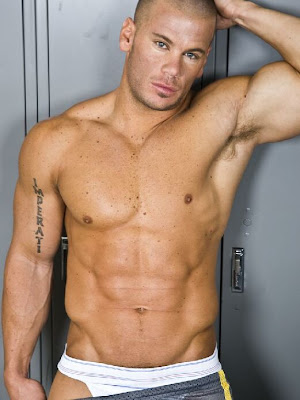 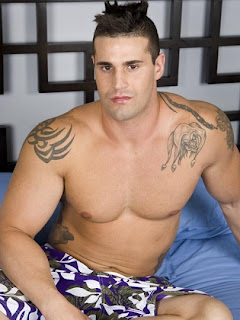 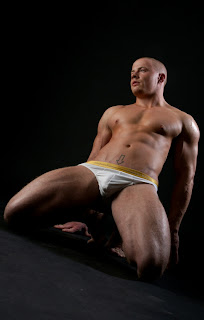 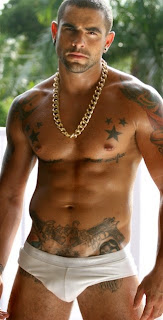 At the beach and on the deck 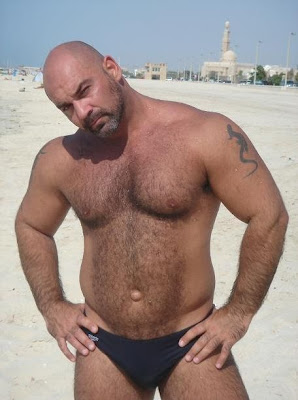 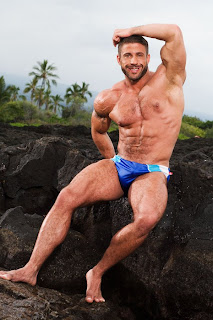 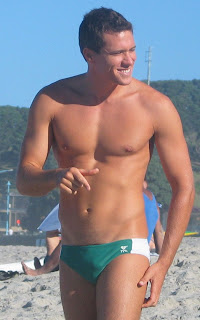 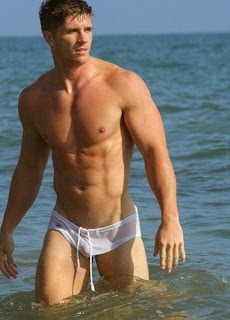 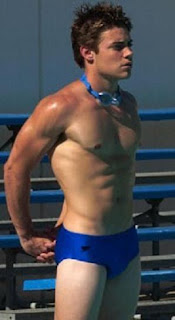 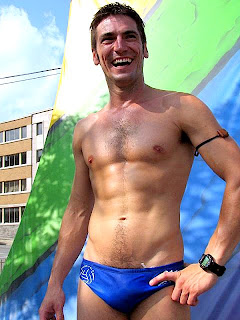 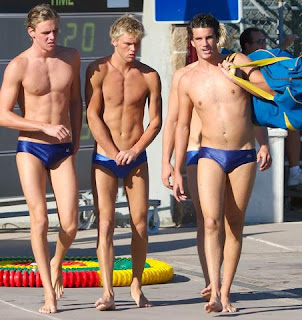 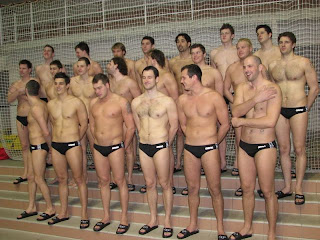 Aww, these dudes are so cute. Three straight dudes play the ages-old college classic “Suck & Blow” for some giggling girls with a camera. Where’s the booze, though? Who plays “Suck & Blow” without booze? My favorite part of this is when the tall one tells the dude in red that “you’re gonna take this.” Don’t threaten me with a good time, Stretch!
Posted by Daniel at 7/04/2013 01:47:00 AM No comments: Links to this post 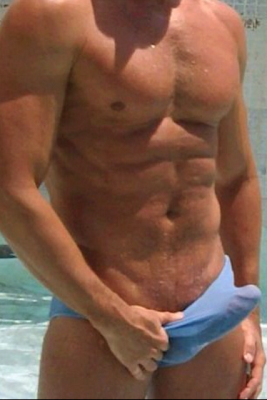