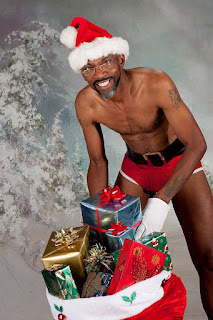 My first post featuring the imagery of model Hansel Wellington was back in 2013. (The Point Of Convergence) I loved the creativity in his work, his beautiful brown eyes and great body and hairy chest. I also loved his complete confidence and relaxed attitude with nudity. I kept my eye on his portfolio for new work, and after seeing an incredibly hot images of Hansel, naked and straddling a large Christmas wreath. I quickly got in touch with Hansel about featuring the shoot. 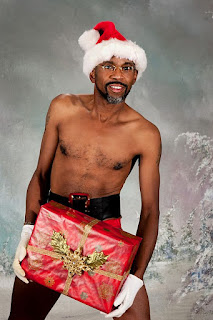 Hansel quickly connected me with the artist behind the holiday shoot, Tom Nakielski from Lights On Studio and (Cocks & Candy Canes,) , was the first of many posts featuring Tom's works. When starting to think about this Christmas, I was committed to featuring the work of the artists that I featured before on December 25th. Tom didn't have any new holiday images at the time, but was about to shoot with Antoine, who had asked to do a Santa themed session. 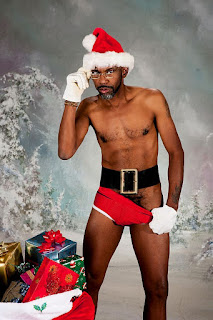 Tom was on board, but voiced a bit of hesitation given the shoot hadn't yet occurred and Antoine was a bit older than most of the models featured on FH. He needn't have worried. Although I feature my fair share of young models, I have featured men from 18 through 70 and my criteria is not about age, but about my love of the images. I think you'll all agree Antoine makes the perfect sexy Santa! 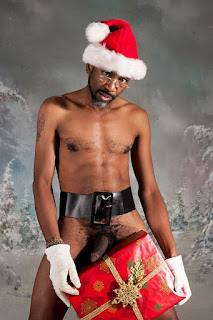 Tom shares that Antoine is a hairstylist who has worked in a salon along side his wife in for almost 30 years. He loves to sing and dance as well as little modeling on the side. Antoine and his wife were also foster parents for many years, but now have twins of their own. When Tom suggested they do a shoot, it was Antoine who shared that he was wanting to a Santa themed session. Perfect timing for the season, and for FH! 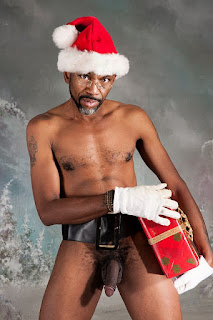 Antoine has a great look, with his sexy and mischievous dark eyes, great smile and a body that even Santa would put on his wish list. I especially love the touch of grey in Antoine's beard which only adds to his sensual Santa appeal. Tom captured both the naughty and nice and my enjoyment was only strengthened by learning a bit about the man under the red hat, and the fun and enjoyment he seemed to be having during the shoot. 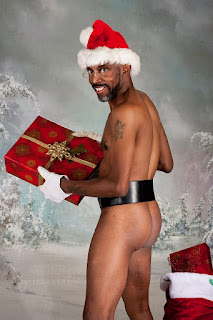 Lights On Studio on ModelMayhem 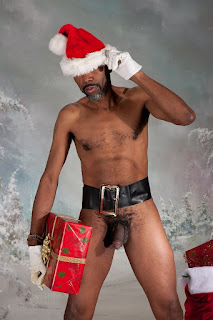 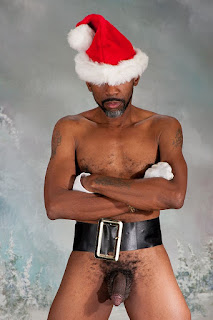