Email ThisBlogThis!Share to TwitterShare to FacebookShare to Pinterest
Labels: actor, beard, Dish of the Day, shirtless

“RuPaul’s Drag Race” Faves Work Their Wigs For The Gods

Your favorite queens show off some sickening hairography to Mama Ru's new single
From: NewNowNext

While you’re warming up your engines for the March 24 premiere of RuPaul’s Drag Race season 9, World of Wonder has released a spacey video set to RuPaul’s new single “Rock It (To the Moon),” the lead track off her latest album, Remember Me: Essential Vol. 1. 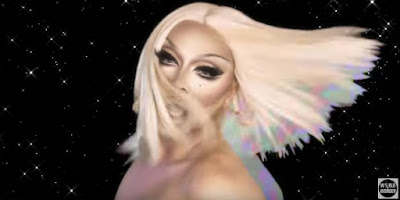 The clip, which celebrates the fine art of hairography (hair choreography, duh), features the unbeweavable talents of Drag Race alums Jiggly Caliente, Naysha Lopez, Jaidynn Diore Fierce, Gia Gunn, Laganja Estranja, Raven, Raja, Bob the Drag Queen, Mimi Imfurst, Katya, and Trixie Mattel—some of whom will whip their hair back and forth on the upcoming WERQ the World tour.

40 Musical Reasons Why Dolly Parton Is A Groundbreaking Genius, In Chronological Order 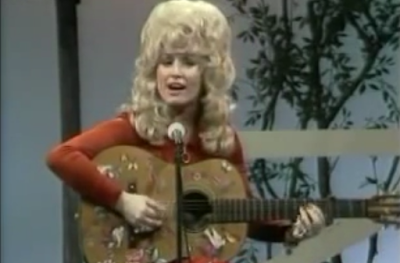 About a poor, homeless girl, her boyfriend, and her little dog. Dolly likes to create complete stories within the confines of her songs.
Posted by Daniel at 3/05/2017 11:01:00 AM No comments:

Email ThisBlogThis!Share to TwitterShare to FacebookShare to Pinterest
Labels: 17 Days of the "Luck of the Irish", actor, naked, nude, St. Patrick's Day 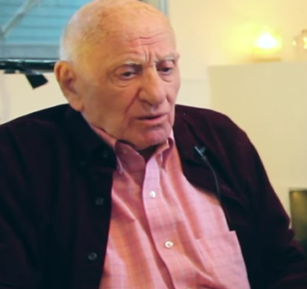 Roman’s story is very complex. On one hand, it’s the triumphant story of a 95 year old man coming out of the closet – and shedding the weight of a nine-decade secret. That is certainly something worth celebrating!

On the other hand, Roman’s story is also deeply emotional and, at times, quite difficult. At some level, it’s the story of lost opportunities. You can’t help but wonder, had the circumstances been different, how Roman’s story could have ended differently. And you also feel for Roman’s wife. While they undoubtedly loved each other in a deep way, both Roman and his wife deserve passion and sexual intimacy. Did they have that despite Roman being gay? I don’t know.

But despite the story’s complexity, Roman’s desire to feel the heartbeat of someone who loves him is fundamentally human. It’s a simple yearning that drives all of us. In it, we see Roman’s humanity. And we see ourselves.

I think there’s a lot to take from this video.

There’s a sense of history in understanding how far we’ve come, and the struggles that this man must have experienced.

There’s gratitude for the LGBT people who marched and rallied and bleed and sweat so that today’s world is different – and that fewer people feel compelled to live in the shadows or closets.

But there’s also raw humanity. Whether you are queer or not, listening to Roman stirs something in all of us. And at a time when the world often feels divisive and divided, it’s good to be reminded of our common humanity.

Email ThisBlogThis!Share to TwitterShare to FacebookShare to Pinterest
Labels: coming out

This Is Not A Dream 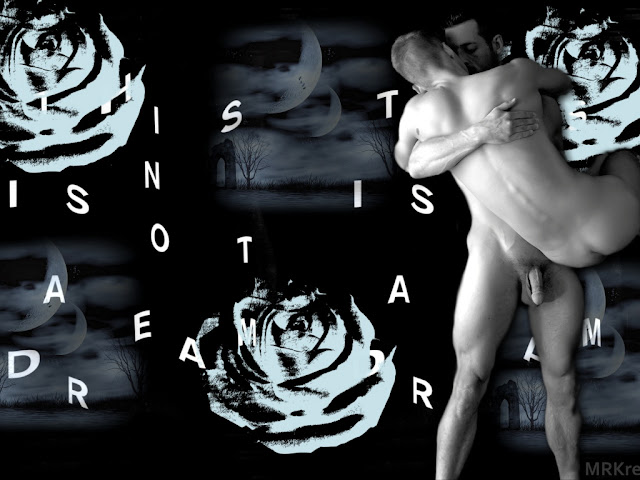 His Virginia school board, meanwhile, has requested a postponement.
From: NewNowNext 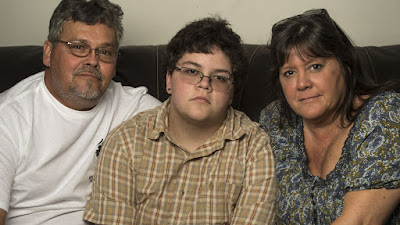 Nearly 200 members of Congress signed an amicus brief in support of Gavin Grimm, the trans teen coming before the Supreme Court to fight for his right to use facilities that align with his gender identity.

Sen. Tammy Baldwin, the first openly gay senator in U.S. history, was a lead on the brief, along with Sen. Al Franken and out Representative Jared Polis. In all, 196 Democrats signed the letter, which affirms that Title IX of the 1972 Education Act’s “prohibition of discrimination ’on the basis of sex’ encompasses discrimination on the basis of gender identity and sex stereotypes. It therefore does not allow a school to limit bathroom access based solely on birth-assigned sex or according to sex stereotypes.” 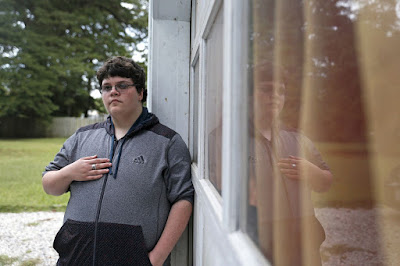 At the same time, dozens of top companies have also signed a brief supporting Grimm’s case: Apple, IBM, Microsoft, Airbnb, eBay, PayPal, Tumblr, Williams-Sonoma and 45 other corporations all agreed that “transgender individuals deserve the same treatment and protections” as everyone else.

Grimm is scheduled to go before the Supreme Court on March 28, but the Gloucester County School Board is requesting a delay. The board filed a petition on Wednesday for a postponement, citing the Trump administration’s decision to rescind Obama-era guidance on the interpretation of Title IX as it relates to trans students.

Joshua Block of the ACLU, which is representing Grimm, insists a delay would cause “further harm, confusion, and protracted litigation for transgender students and school districts across the country.” He added that the White House’s decision to roll back protections makes the case “more urgent than ever.”

Some believe the school board is simply delaying until Neil Gorsuch, Trump’s pick for the seat vacated by Antonin Scalia, is confirmed as a justice—thus tipping a verdict in its favor. A 4-4 verdict would leave intact a lower court’s ruling that was in Grimm’s favor, but it would not set a nationwide precedent.
Posted by Daniel at 3/05/2017 01:47:00 AM No comments:

Check out the hottest Cosmo centerfolds undressed for your enjoyment...
From:  Cosmo UK 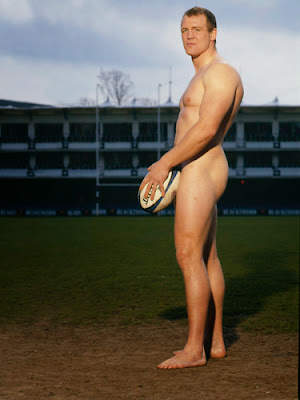 Michael James "Mike" Tindall, MBE (born 18 October 1978) is an English rugby player who plays outside center for Gloucester Rugby and has captained the England team. He is married to Zara Phillips, the daughter of the Princess Royal and the eldest granddaughter of Queen Elizabeth II and Prince Philip, Duke of Edinburgh.
Posted by Daniel at 3/05/2017 12:44:00 AM No comments:

Elska Magazine Turns Its Lens On The Gay Men Of Mumbai

"They all thought they were unique for being out and for not having such a hard time for it."

Elska Magazine, which profiles regular gay men from a different city every issue, landed in Mumbai for its latest edition. Formerly known as Bombay, the city is one of the most beautiful in India, blending ancient architecture and culture with a modern cosmopolitan flair. 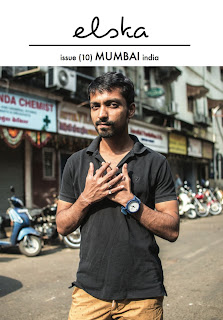 But while Mumbai is India’s gayest city, homosexuality is still a crime in the country, thanks to Section 377 of the Indian Penal Code. The section was initially decriminalized by a court decision in 2009 but then reinstated in 2013, with the court maintaining that any repeal should be left to Parliament, not the justice system.

Culturally, while the country lacks the fundamental Christian fervor fueling homophobia in America, family and marriage is extremely important. (Many men and women live at home until they marry.)

Still, the magazine was able to find models willing to open up. 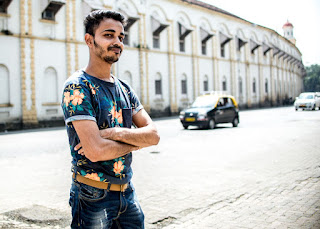 “Although I didn’t find it very hard to find guys wiling to take part, almost every one of them seemed surprised that they weren’t the only participants,” says publisher Liam Campbell. “We shot out in their neighborhoods, in their homes, even sometimes with their mums hanging around in the background. So it didn’t seem like an issue.”

Sadly, most of them men were cynical when it came to how India treated gay men in general.

“They all thought they were unique for being out and for not having such a hard time for it. They showed me they were proud, even lucky—but also constantly kept bringing up the dreaded Section 377.” 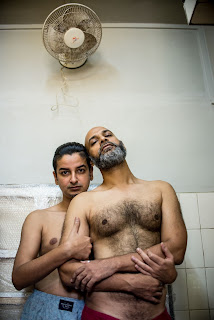 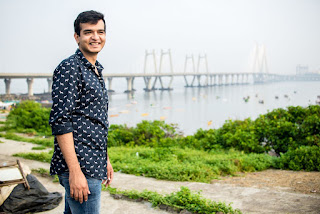 But, he adds, they all reminded him that the law “was a ’gift’ from the British.” Perhaps, that means it will be easier to eradicate homophobia in India, since it isn’t a “natural” part of the culture. (In a 2015 survey, 95% of respondents favored decriminalization.) Campbell cites LGBT films from Bollywood, a growing number of out celebrities, and Mumbai Pride, which attracted more than 14,000 people in January.