Frank DeCaro, Suzanne Westenhoefer, Jermaine Taylor and Billy Bean acted as panelists who asked yes/no questions in order to discover a contestant’s secret. In the clip above, the surprise guest was none other than Martha Wash.
Posted by Daniel at 4/22/2016 11:53:00 PM No comments:

Remembering Prince: 5 reasons the music legend was one of a kind

2.
His impish sense of humor

Whether it was laughing along with "Chappelle's Show" for its true(!) story about Charlie Murphy's basketball- and pancake-filled adventures at Paisley Park, or using Chappelle's impersonation of him as the cover art for the single "Breakfast Can Wait," there was that an impish grin that let fans know he wasn't just in on the joke, he was having the last laugh.

Email ThisBlogThis!Share to TwitterShare to FacebookShare to Pinterest
Labels: African American, musician, R.I.P., Remembering Prince: 5 reasons the music legend was one of a kind, singer

50 BODIES THAT MAY OR MAY NOT BE BANGIN’: AN INTERACTIVE TREASURE HUNT FOR FACE PICS 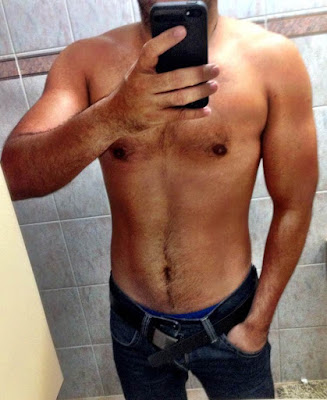 marco_antonio_79
Parish Olegario Villalobos , Maracaibo , Zulia, Venezuela
Male Married Bisexual
Active bisexual married man looking for another man , I do not mind the role , one that is male .
Posted by Daniel at 4/22/2016 03:11:00 PM No comments:

Email ThisBlogThis!Share to TwitterShare to FacebookShare to Pinterest
Labels: 50 BODIES THAT MAY OR MAY NOT BE BANGIN’, bisexual, hairy, Latino, shirtless, Venezuelan 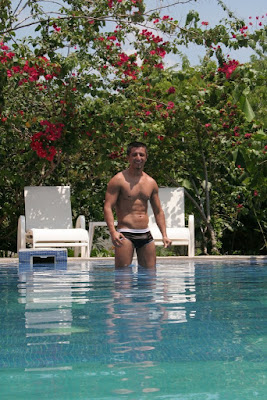 50 Businesses That Have Supported The LGBT Community 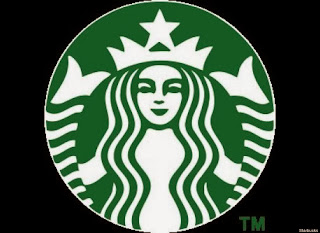 Starbucks
In March 2013, Starbucks CEO Howard Schultz vocalized his public support for gay marriage when an investor complained that the company's support was eroding its bottom line. He reportedly told the investor, "If you feel respectfully that you can get a higher return [than] the 38 percent you got last year, it's a free country. You could sell your shares at Starbucks and buy shares in other companies."
Posted by Daniel at 4/22/2016 02:21:00 PM No comments:

Email ThisBlogThis!Share to TwitterShare to FacebookShare to Pinterest
Labels: 50 Businesses That Have Supported The LGBT Community, gay rights 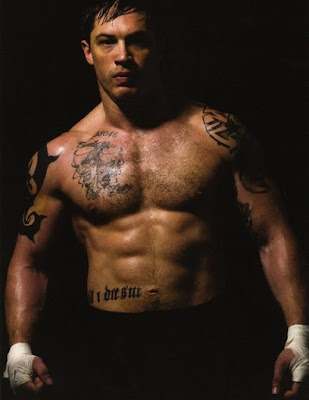 Hardy has also performed on British and American stages. He was nominated for the Laurence Olivier Award for Most Promising Newcomer for his role as Skank in the 2003 production of In Arabia We'd All Be Kings, and was awarded the 2003 London Evening Standard Theatre Award for Outstanding Newcomer for his performances in both In Arabia We'd All be Kings and for his role as Luca in Blood. He starred in the 2007 production of The Man of Mode and received positive reviews for his role in the 2010 Philip Seymour Hoffman-directed play The Long Red Road.
Posted by Daniel at 4/22/2016 01:17:00 PM No comments: 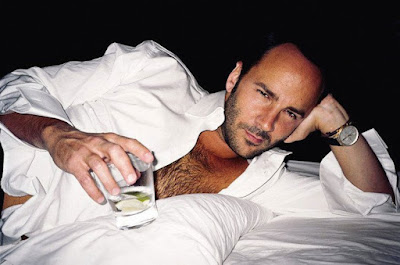 Thomas Carlyle "Tom" Ford (born August 27, 1961) is an American fashion designer and film director. He gained fame as the creative director at Gucci and Yves Saint Laurent. In 2006, Ford launched his own "Tom Ford" label. Ford directed the Oscar-nominated film A Single Man, and, as of 2016, is directing Nocturnal Animals.
Posted by Daniel at 4/22/2016 01:13:00 AM No comments: 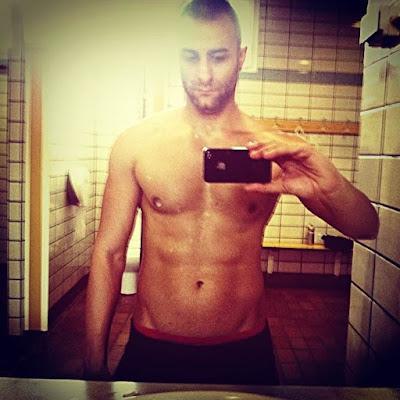 Email ThisBlogThis!Share to TwitterShare to FacebookShare to Pinterest
Labels: 48 GUYS YOU MIGHT POSSIBLY WANT TO FUCK, beard, shirtless 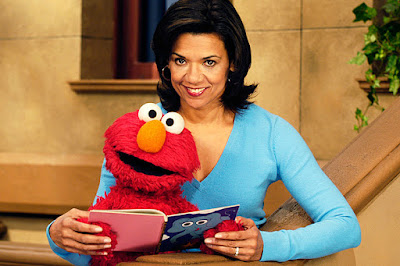 Four Decades of NYC Gay Pride. Were You There?

The 30 Worst Music Videos Of All Time 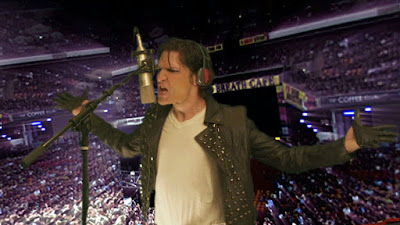 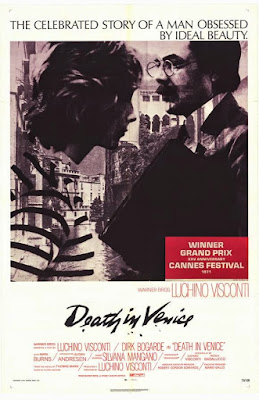 Death in Venice (original Italian title: Morte a Venezia) is a 1971 Italian-French drama film directed by Luchino Visconti and starring Dirk Bogarde and Björn Andrésen. It is based on the novella Death in Venice, first published in 1912 as Der Tod in Venedig by the German author Thomas Mann.
Posted by Daniel at 4/22/2016 12:19:00 AM No comments:

Where Are The LGBT “Real World” Housemates Now? 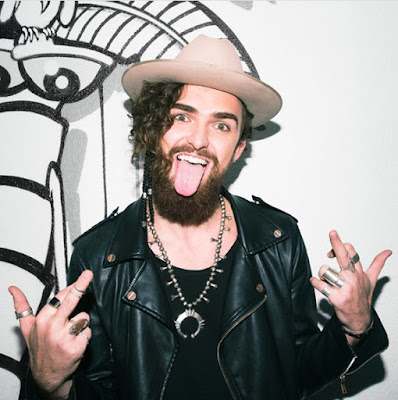 The newest addition to The Real World’s queer family is a 23-year-old who left his Mormon community in Utah to become an LGBT advocate.

8
You can find love on Grindr.

14 Photographs Which Prove That Growing A Beard Changes Everything 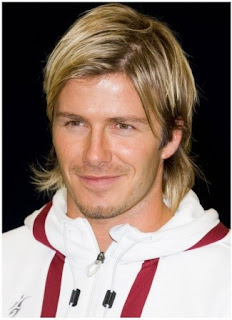 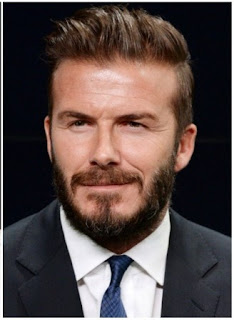 David Robert Joseph Beckham, OBE[4] (/ˈbɛkəm/; born 2 May 1975) is an English former professional footballer. He played for Manchester United, Preston North End, Real Madrid, Milan, LA Galaxy, Paris Saint-Germain, and the England national team for which he holds the appearance record for an outfield player. He is the first English player to win league titles in four countries: England, Spain, the United States and France. He announced his retirement in May 2013 after a 20-year career, during which he won 19 major trophies. Known for his range of passing, crossing ability and bending free-kicks, he was twice runner-up for FIFA World Player of the Year and in 2004 he was named in the FIFA 100 list of the world's greatest living players.

Beckham's professional club career began with Manchester United, where he made his first-team debut in 1992 aged 17. With United, he won the Premier League title six times, the FA Cup twice, and the UEFA Champions League in 1999. He then played four seasons with Real Madrid, winning the La Liga championship in his final season with the club. In July 2007 Beckham signed a five-year contract with Major League Soccer club LA Galaxy. While a Galaxy player, he spent two loan spells in Italy with Milan in 2009 and 2010. He was the first British footballer to play 100 UEFA Champions League games.

In international football, Beckham made his England debut on 1 September 1996 at the age of 21. He was captain for six years, earning 58 caps during his tenure. He made 115 career appearances in total, appearing at three FIFA World Cup tournaments, the 1998, 2002 and 2006 editions and two UEFA European Championship tournaments, the 2000 and 2004 editions.

One of the most marketable athletes in sport, Beckham has consistently ranked among the highest earners in football, and in 2013 he was listed as the highest-paid player in the world, earning over $50 million in the previous 12 months. He has been married to Victoria Beckham since 1999 and they have four children. He has been a UNICEF UK ambassador since 2005, and in 2015 he launched 7: The David Beckham UNICEF Fund to help protect children in danger around the world. In February 2014, MLS announced Beckham and a group of investors would own an expansion team in Miami, which would begin in 2016 or 2017.
Posted by Daniel at 4/22/2016 12:03:00 AM No comments: