Two gay men were assaulted in Chelsea the same day.
From: NewNowNext

Two men attacked a lesbian couple with fists and broken bottles in Times Square this weekend. 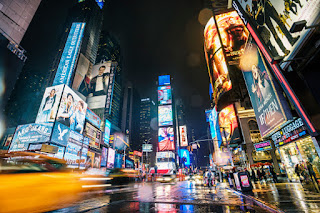 After one of the women told them she was gay and dating the other woman, the Burns and Bailey started punching and kicking the victims in the head and chest. They also called the women “fucking dykes” and “lesbian bitches” while slicing them with a broken bottle.

The women were left with several cuts along their hands that required stitches.

Burns and Bailey are being held on $40,000 bail and are scheduled to appear in court on Friday.

It wasn’t the only homophobic attack in New York that day: Police are looking for a man who attacked a gay couple in Chelsea.

The unnamed suspect yelled homophobic slurs and started a fight that left one victim, 32, with facial fractures and the other, 28, with an injured hand. Both were taken to the hospital and eventually released.
Posted by Daniel at 11/02/2016 04:16:00 PM