Kyle said his cast mates "had mixed reactions" but he doesn't care.
From: NewNowNext

Below Deck’s Kyle Dixon came out as bisexual in this week's episode of the Bravo reality series, and revealed to his fellow cast mates that he has a history of dating transgender women.

In a preview clip shown on Watch What Happens Live last week, Kyle casually informs Kate and Ben that he first came out to his father because he “had a transgender missus at the time.”

Asked by Kate to clarify that he had dated a transgender woman, Kyle said, “Well, no. I hooked up with one by accident, and then I found out I was a bit partial to it.” 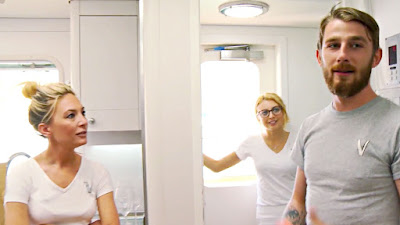 Later, Kyle reveals that Ashley, “the girl [he’s] kinda been seeing back in England on-and-off,” is a transgender woman.

Kyle’s cast mates reacted with incredulous surprise, saying they “did not see this coming whatsoever.”

On WWHL, where Below Deck’s Kelley Johnson and Nico Scholly were the guests, both men clarified that Kyle’s sexuality “doesn’t matter” to them, but that “nobody had a clue” he was bisexual or had dated transgender women. 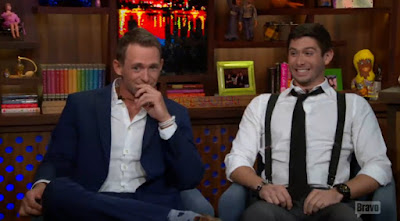 “They had mixed reactions,” Kyle told Radar Online, though he wouldn’t elaborate.

“I’m cool [with talking about it],” he added, saying he’s “been doing it for years.”