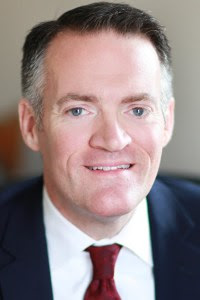 The robocall seems to have been funded by Family Policy Council of West Virginia. In it, an allegedly 12-year-old girl accuses Skinner of putting “gay activism” ahead of the safety of young girls.

“Hi, my name’s Courtney and a man came into our changing room last night while I was getting dressed after swim practice. So the Family Policy Council of West Virginia paid so I could tell you why that scared me. I’m only 12. I’m not old enough to see a naked man. I know what a girl is, and it’s not that. My coach said Stephen Skinner pushed the city councils to let men into our showers. She says it’s because Mr. Skinner only cares about gay activism and not common-sense safety for girls. I’m not old enough to vote yet and no candidate or any candidate’s committee authorized me to call but please vote against Stephen Skinner. I want to feel safe.” 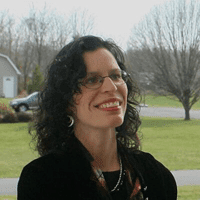 The call ends with the girl imploring voters to cast their ballots for Skinner’s Republican opponent, Patricia Rucker (right). “Patricia Rucker has a daughter. She understands. Vote for her.”

Skinner became the first openly gay lawmaker in West Virginia when he was elected to the state senate in 2012.

The Victory Fund writes of his record,

Stephen is the founder of Fairness West Virginia, a statewide LGBT advocacy group. In 2012, Stephen became the first-ever LGBT legislator in West Virginia when he was elected to the 67th District of the House of Delegates, and was re-elected in 2014. Since being elected to office, Stephen has championed LGBT rights in West Virginia and has become a leader within the Democratic Party, raising money and recruiting candidates. Stephen attended Victory’s Candidate & Campaign Training in 2005, and has been instrumental in directing potential West Virginia LGBT candidates to Victory Fund trainings ever since.

You can donate to Skinner’s campaign, here.

Listen to the robocall, below.