“Stranger Things”: The Last Barb Video You’ll Ever Need To See (We Mean It!)

Ever since her *spoiler* untimely death on the Netflix original series Stranger Things, the internet has been obsessed with finding justice for the adorkably glamorous Barb.

The LGBT community in particular has mourned for the character, whose fab style, outsider status and unique personality spoke to many of our own feelings of isolation and awkwardness in high school.

Since her final episode aired this past July, LGBT artists have managed to keep her spirit alive with countless tributes, including her imagined diary and even some lovely graffiti.

But now, Barb is back to speak for herself in her hilarious take on “Fergalicious,” “Barbalicious.” 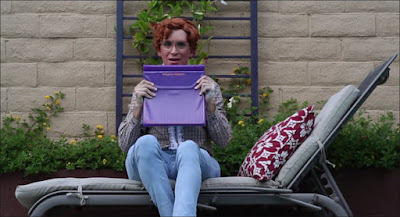 In the video, Barb, portrayed by actor Dudley Beene, raps about her time in the upside down and demands that producers bring her back for season two, all while looking super fly in her signature mom jeans and ruffled shirt. 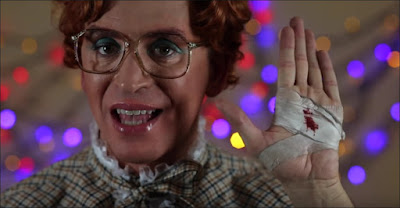 When asked how he’d bring Barb back from the dead, Beene had a few ideas up his sleeve.

“I’d give the Demagorgon some kind of shape shifting power,” he began. “The ’Barbagorgon’ version seduces the high-school boys back to the upside down. That, or her twin sister becomes an international jeans model and give Eleven a makeover.”

He added: “Oh and we are now officially Barb approved—Shannon Purser said she wanted to make it a ringtone on Twitter.”

Email ThisBlogThis!Share to TwitterShare to FacebookShare to Pinterest
Labels: parody