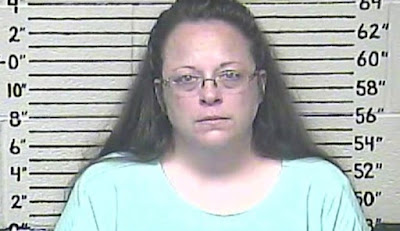 If you thought you’d seen the last of Kim Davis, wait until you get a load of the Kim Davis clones that are coming next year.

The law firm that took advantage of Kim to elevate their name, Liberty Counsel, has been hard at work on preparing somewhere around two dozen anti-gay bills through legislatures around the country. The group just sent out a donation-beg to support their work: “Liberty Counsel is working pro bono with 22 different states in fighting the outrageous ‘bathroom’ movement,” they say.

That means you haven’t heard the last of the lies about “men in the women’s room.” And because Liberty Counsel is rabidly anti-gay, they’re probably also working on more of those turn-away-the-gays bills, which they call “religious freedom restoration acts.”

The country’s been so distracted by the Donald Trump sideshow for the last few months, you might even have forgotten that those bills were even a thing. But they are, and they’re only going to expand. Anti-gay activists have been scheming to roll back nondiscrimination ordinances at the local level, to pass turn-away-the-gays at state levels, and they have a federal version that Donald Trump has promised to sign. (Hillary Clinton, on the other hand, has pledged to sign a nondiscrimination bill — just in case you were still unsure about which candidate is on your side.)

So what’s to be done about this? It’s hard to say. We could stand to see a massive reduction in LGBT equality, particularly in the south. Despite having lost (mostly) on the Kim Davis case, Liberty Counsel is as dangerous as the National Organization for Marriage used to be, and there’s no clear strategy in place for fighting back.
Posted by Daniel at 11/04/2016 09:42:00 PM