Anna Duggar Might File For Divorce From Josh Duggar 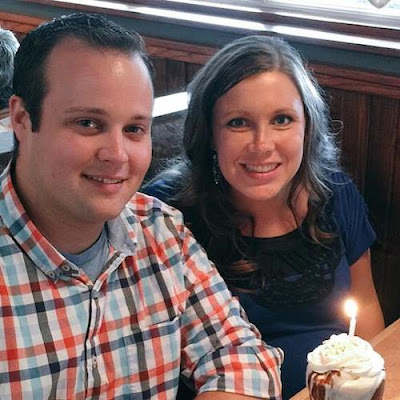 As Jinger Duggar fulfills her Duggar destiny by picking out a weddin’ dress and daydreaming about the magical 30 seconds of sex that will happen on her wedding night, Josh Duggar might soon be picking out a divorce lawyer and daydreaming of all the ways he can fake sick and get out of a court appearance. A source tells In Touch (via The Daily Mail) that Anna Duggar is done being married to her sister-touching, Ashley Madison-trolling husband.

28-year-olds Anna and Josh celebrated their 8th anniversary a little over a month ago. But if In Touch’s source is correct, that anniversary was their last. Anna is allegedly meeting with a lawyer in the next couple of weeks to draft up some divorce papers. Anna’s lucky; I doubt those papers will take that long to fill out. Under reason for filing, she can just write “husband is Josh Duggar.” Nobody will question that.

Anna stuck with Josh through the accusations of rough sex from porn stars and the lawsuits and his trip to sex rehab. The source thinks that Anna made the decision to divorce Josh after a Cher in her life grabbed her by the shoulders and told her to shnap out of it. Basically, a couple of new friends told Anna they were concerned that the Duggars were just using her to help fix Josh’s gross image. Anna and Josh were also trying to have a fifth kid, and she took her still-vacant womb as a sign from God that it’s time to leave.

Anna reportedly thinks now is a good time to file for divorce because the Duggar family is busy dealing with the lawsuit filed back in August by the guy whose picture Josh passed off as his own to score chicks.