But of all the incarnations, who has been the best fit for the iconic loincloth? In 1981 Miles O’Keeffe became an instant contender in Tarzan, The Ape Man, and because yesterday was his 60th birthday, let’s pay tribute to Miles and nine other men who we’d love to swing through the jungle with. 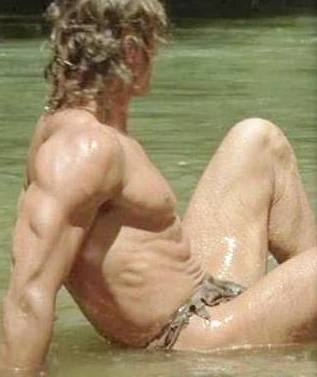 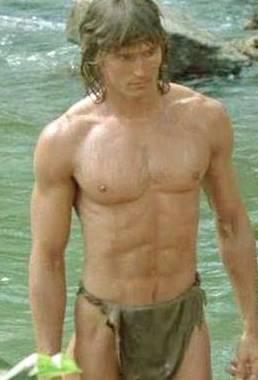 How much Keeffe is in this movie? Miles O’Keeffe. (my undying love to whoever gets that reference). Miles was a former college football star who got his big break in Hollywood when he was cast as the jungle God in the 1981 Bo Derek vehicle Tarzan The Ape Man. The film was an infamous flop, but it’s failure had nothing to do with Miles, who provided the film’s only interesting moments.
Posted by Daniel at 6/21/2014 10:23:00 PM