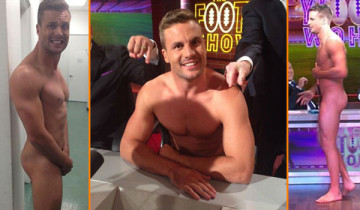 Retired Australian rugby star and certified dreamboat Beau Ryan promised his fellow co-hosts on The Footy Show earlier this year that he would return to host an entire show “completely nude” if New South Wales won the State of Origin Series. 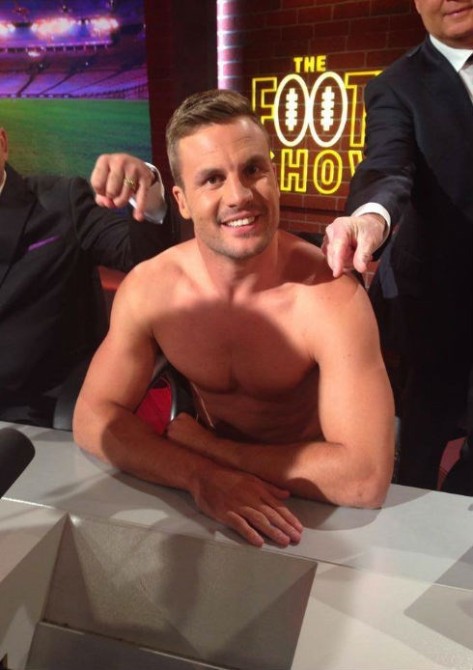 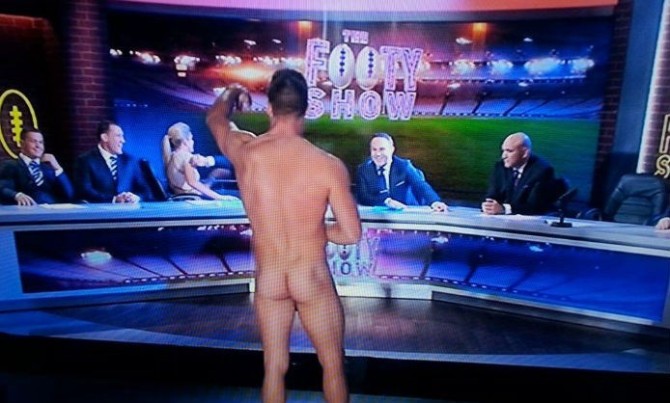 Thursday night, Ryan returned to fulfill his promise to The Footy Show fans and hosted the entire program completely naked. No robes, tiny underwear, cock socks or gimmicks (except for that hateful mask covering his peen during the entrance, which he removed before he sat down). And because Australian television doesn't abide by the same archaic Puritanical rules as American television, this 29-year-old’s beautiful ass was on full, uncensored display for all to see. 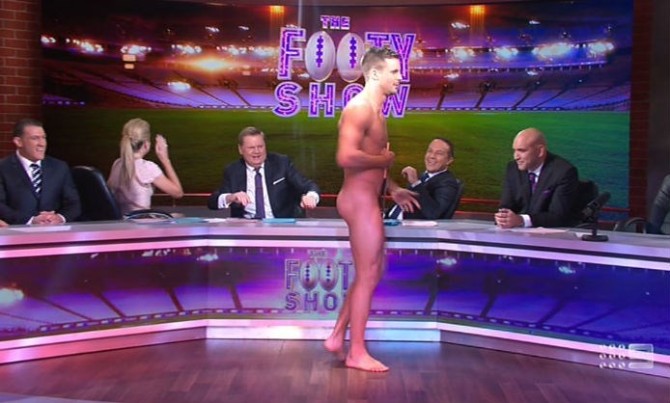 Check out some screenshots from the event below, as well as the cheeky plug the show ran before .
Below that, Ryan’s appearance  a clip from the show via Vimeo. 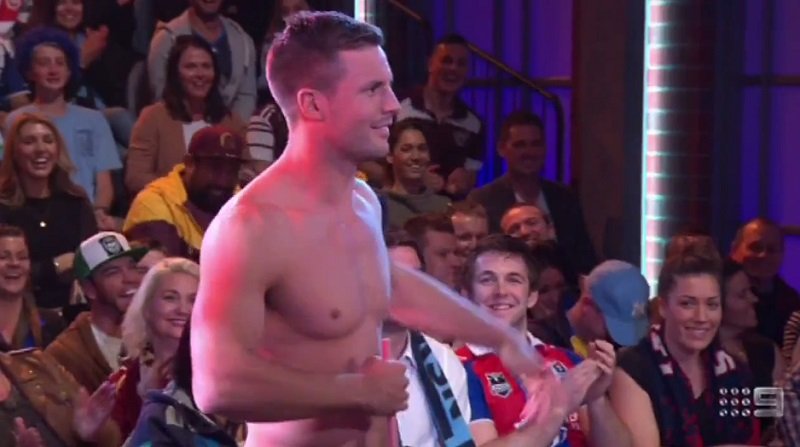 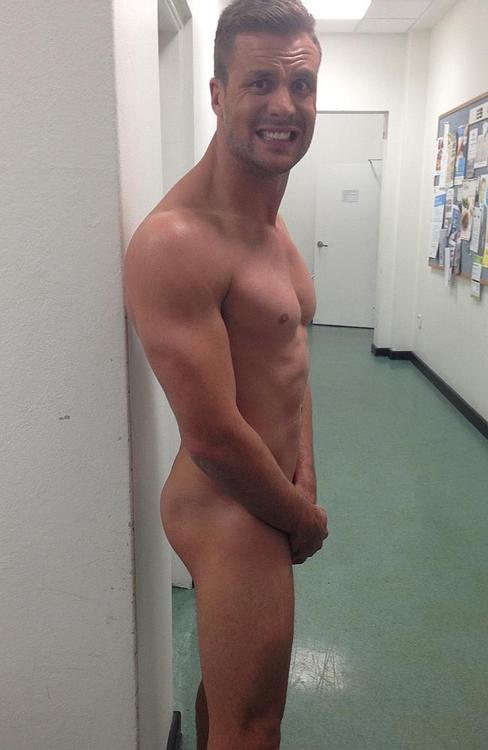