Ben Cohen Is “Devastated” After A Private Video Surfaced Online 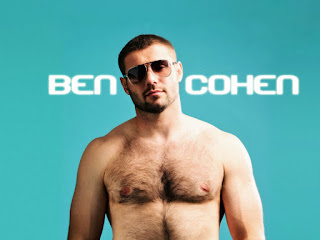 Despite Cohen being more than happy to strip for calendars and the occasional event — an unequivocal LGBT ally, he’s posed in his underwear for both Attitude and GT — he’s apparently gutted that the tape has been making the rounds, according to The Sun.

In fact, he reportedly wants to take legal action.

A source close to Cohen tells the paper:


The video was filmed years ago. He’d forgotten all about it. Not only is he worried about his reputation, he also has to think of his three girls who’ll one day be old enough to use the net.”

According to a spokesman for Cohen, “The matter is with his lawyers. He and Kristina remain in a happy relationship.”

38-year-old Cohen is the father of twins — eight-year-olds Isabelle and Harriette — from Abby, his ex-wife.

He also has Milena, his third daughter, born this January to Cohen and his girlfriend Kristina Rihanoff (who was his dancing partner on Strictly Come Dancing.)

As we said last year, it’s impossible to fully convey how awesome we think Ben Cohen is. In 2011, he retired from sports and founded The Ben Cohen StandUp Foundation to combat homophobia and bullying and has been one of our favorite and most loyal allies ever since.
Posted by Daniel at 11/05/2016 03:46:00 PM