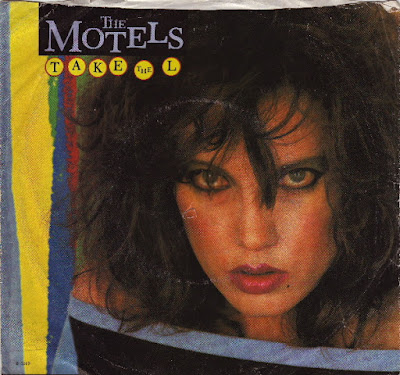 We need to discuss the fabulous Martha Davis. She was featured on the first Lost Hits list twice. With The Motels’ “Remember The Nights,” and with “Don’t Tell Me The Time,” the first single from her 1987 solo album Policy, which is one the Snicks Certified Top 20 Albums Of The 80’s (sadly, it flopped on the chart, but it’s phenomenal).

The Motels had their mainstream breakthrough with the album All Four One, and the top ten single “Only The Lonely,” but the followup stiffed on the chart. “Take The L” peaked at #52 in October 1982.

The music video for “Take The L” (directed by Russell Mulcahy) was the first music video I ever saw as a Wee Snicks and thought “That looks like a movie!” and realized that videos could have production values and be an art form.