Straight Guy Shows You Exactly How NOT To Pick Up Dudes 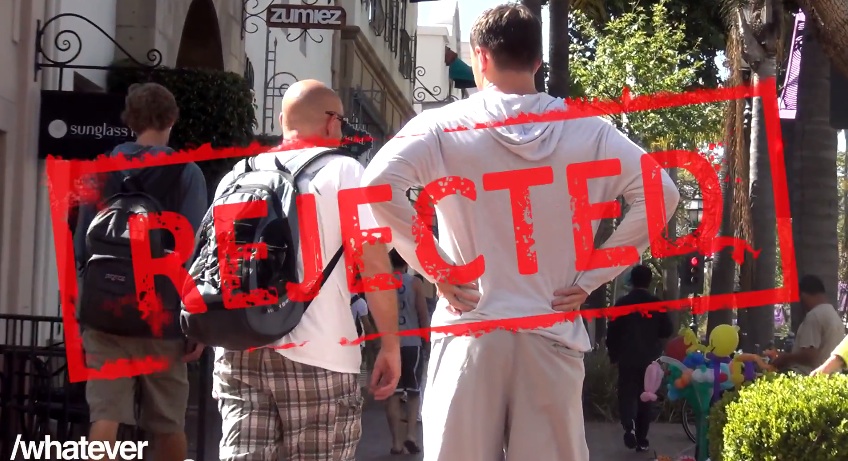 What happens when a straight dude goes around Los Angeles picking up other dudes? A whole mess of awkward moments. Case in point, try using this line the next time you’re at the bar or club:

Not gonna lie, I was afraid at some point that Homeboy was going to get punched in the face, because that’s what society taught me. But aside from a virulently homophobic West African man, most of his would-be suitors take it in stride. Some are even down for it.

It doesn't hurt that he’s clearly packing a little junk in that trunk, too.

Meanwhile, the only man to drop an F-bomb is the morbidly obese dude on the Jazzy, thus proving what he always thought: all those gay guys just want a piece of him.

If anything this video shows that it never hurts to ask. Because even while wearing those god awful toe shoes, Homeboy still got him some digits.
Posted by Daniel at 4/17/2014 03:02:00 PM

Email ThisBlogThis!Share to TwitterShare to FacebookShare to Pinterest
Labels: funnies