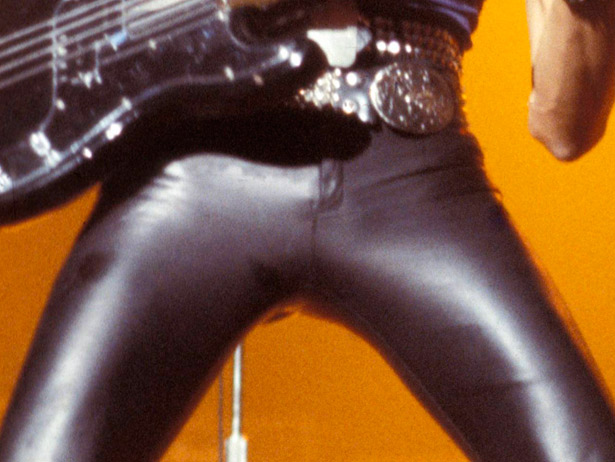 These leather-clad legs belong to one of the founding fathers of the Irish rock scene.
Find out who's crotch it is after the jump: 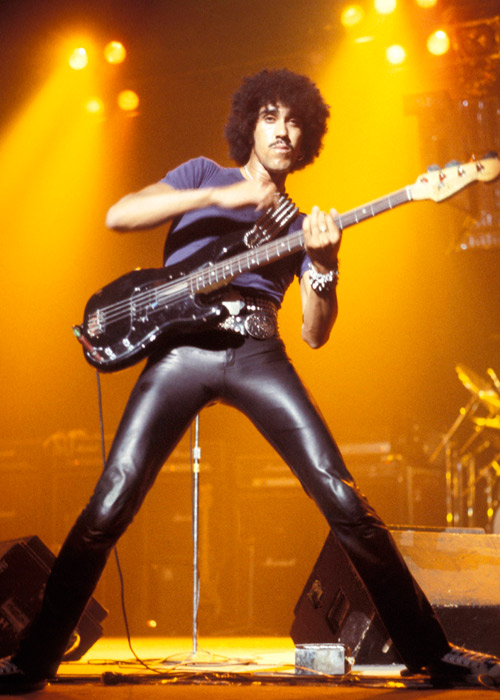 Legendary Thin Lizzy leader Phil Lynott was so beloved in his hometown of Dublin, Ireland they erected a statue of him in his honor.
Philip Parris "Phil" Lynott (/ˈlaɪnət/; 20 August 1949 – 4 January 1986) was an Irish singer and musician. His most commercially successful group was Thin Lizzy, in which he was the founding member, principal songwriter, lead vocalist and bassist. He later also found success as a solo artist.

Growing up in Dublin in the 1960s, Lynott fronted several bands as a lead vocalist, most notably Skid Row alongside Gary Moore, before learning the bass guitar and forming Thin Lizzy in 1969. After initial success with Whiskey in the Jar, the band found strong commercial success in the mid-1970s with hits such as "The Boys Are Back in Town", "Jailbreak" and "Waiting for an Alibi", and became a popular live attraction due to the combination of Lynott's vocal and songwriting skills and the use of dual lead guitars. Towards the end of the 1970s, Lynott also embarked upon a solo career, published two books of poetry, and after Thin Lizzy disbanded, he assembled and fronted the band Grand Slam, of which he was the leader until it folded in 1985.