Shauna Patricia Smith was charged with one felony count of voyeurism
From: NewNowNext

A transgender woman has been arrested for allegedly spying on another customer in the ladies’ changing room in a Target in Idaho Falls, Idaho.

Shauna Patricia Smith was charged with one felony count of voyeurism.

The victim, 18, said she was trying on clothes when she noticed someone with phone reaching over the wall into her stall and taking pictures. When confronted about it Smith ran out of the store. 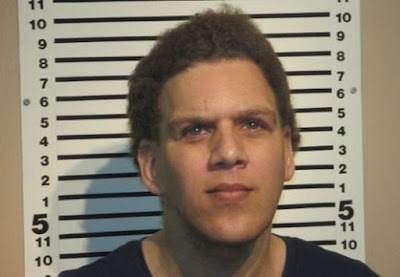 Police said “both [the victim and victim’s mother] described the suspect as a white male who was wearing a dress and a blonde wig. A witness observed the suspect get into a vehicle and leave the area.”

Target has an inclusive policy that welcomes customers to use the facilities that match their gender identity. Of course, they are not allowed to harass or invade the privacy of other customers, regardless of their gender.

In May, a young cisgender man in Frisco, Texas, was caught photographing a young woman in a Target changing room stall, which are unisex.

Frisco Police are looking for this guy..say he shot video of a girl over wall of Super Target changing room. @FOX4 pic.twitter.com/hguRVU0KKV
— Brandon Todd (@BrandonToddFOX4) May 4, 2016

Laws in all 50 states prohibit such acts, as Smith’s arrest demonstrates. Idaho does not, however, have laws protecting trans people’s rights to public accommodations.