"It’s very hard for me to remember that I have a gender."
From: NewNowNext

Although Anne Rice doesn’t necessarily think that the novels in her series, The Vampire Chronicles, are gay allegories, she actually feels her connection to the LGBT community is much deeper than that. 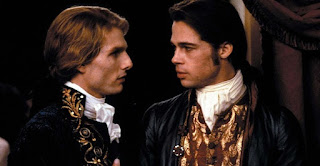 The Interview with the Vampire author told The Daily Beast that she was writing about vampires before the AIDS crisis had even begun, but that she was honored when she heard people suggest it was a metaphor for gay struggles. 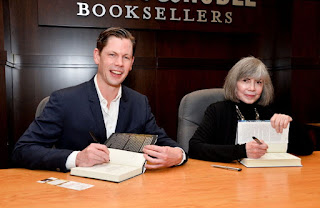 The 75-year-old author, whose openly gay son is a novelist as well, said she’s always been a champion of gay rights and is highly sensitive to art created by gay people.

“I have a gay sensibility,” she told The Daily Beast. “I get teased a lot by my gay friends because we have a rapport on things we find exciting or interesting. It’s very hard for me to remember that I have a gender, and that they’re treating me in a negative way because of that gender.”

Email ThisBlogThis!Share to TwitterShare to FacebookShare to Pinterest
Labels: author