They went for the gold.
From: NewNowNext

Professional sports is one of the last bastions of the closet, with far too few athletes feeling comfortable coming out and being their authentic selves. But those that do stand on the shoulders of men and women who have come before them.

In honor of Pride month and Logo’s Trailblazer Honors special on June 25, we’re showcasing LGBT athletes who scored a victory for us all.

Watch Trailblazer Honors, June 25 at 8/7c on Logo and VH1 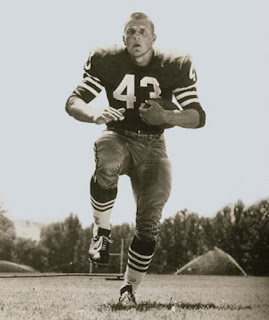 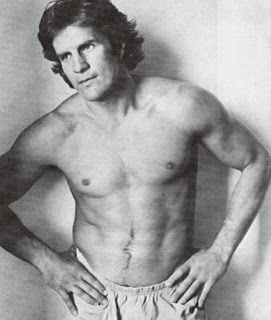 In 1975, the hunky former Redskins running stunned sports fans when he came out in his bestselling autobiography, The David Kopay Story, the first NFL player to ever do so.

“I got very, very few hate mails,” Kopay, now 73, told Outsports. “Mostly the mail that poured in was amazingly supportive and telling their own stories. There were hundreds of letters forwarded to me.”

But after he retired and looked for work as a football coach, Kopay found himself effectively blacklisted. Instead, he became a successful businessman in Southern California.

He continues to make meaningful contributions to the community as board member of the Gay and Lesbian Athletics Foundation and Gay Games ambassador. In 2007 Kopay announced plans to leave a million-dollar endowment to his alma mater, the University of Washington, for the school’s LGBT Center.
Posted by Daniel at 6/21/2016 01:38:00 PM

Email ThisBlogThis!Share to TwitterShare to FacebookShare to Pinterest
Labels: 9 Trailblazing LGBT Athletes Who Changed The Game For The Rest Of Us, athlete, football, Trailblazer Honors