"I cannot allow that kind of bigotry to go into the record unchallenged."

Rep. Zoe Lofgren just couldn’t stomach the bigoted bile being spewed by an expert witness at a House Judiciary Committee hearing this week, and she let her know it.

In a discussion of trans accessibility in public bathrooms, University of San Diego law professor Gail Heriot said the Obama administration was overreaching in telling schools to accommodate trans students.

“We are teaching young people a terrible lesson,” Heriot stated in written testimony she submitted along with oral remarks. “If I believe that I am a Russian princess, that doesn’t make me a Russian princess, even if my friends and acquaintances are willing to indulge my fantasy.” 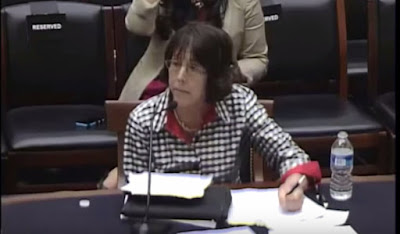 Heriot, who’s actually a member of the United States Commission on Civil Rights, added “Nor am I a Great Horned Owl just because — as I have been told — I happen to share some personality traits with those feathered creatures,” added 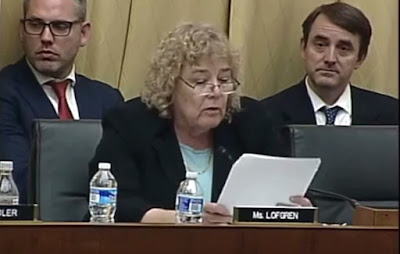 “It says to me that the witness really doesn’t know anything and probably has never met a transgender child who is going through, in almost every case, a very difficult experience finding themselves,” she added.

“I think you’re a bigot, lady. I think you are an ignorant bigot.”

Lofgren said while she normal doesn’t address testimony, “I cannot allow that kind of bigotry to go into the record unchallenged.”

Lofgren has never shied away from defending the LGBT community. Last week, when Republican leaders pressured GOPs in the House to vote against a ban on federal contractors discriminating against LGBT people, Lofgren called out one of her colleagues by name.

“In the midst of a chaotic and shocking display of intolerance by my Republican colleagues, I was appalled to see fellow Californian, Majority Leader Kevin McCarthy, personally pressuring Republicans on the House floor into changing their votes to permit discrimination against LGBT individuals,” she said in a statement.