Is doing a Gay Night with HOT FUCKEN GUYZ.
From: Manhunt Daily 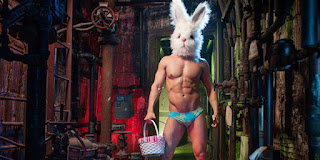 Although, I guess you don’t have to be in NYC to appreciate the hot guys. I just got this email from the promoters of Full Bunny Contact, about their Gay Night, March 25 (that’s THIS Friday!): 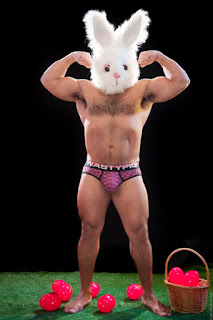 (New York, NY) – Producers of Full Bunny Contact, (Dan Demello & Nathaniel Nowak), have announced that nightlife personalities Seth Fornea, Jared Bradford and Vinny Vega will join in the demented festivities at GAY NIGHT @ FULL BUNNY CONTACT, an extreme egg hunt and Easter battleground where brave New Yorker’s are pitted against hard bodied, evil bunnies (and each other) for cash, candy and prizes, March 25 from 10PM to 2AM at the La Tea Theater at The Clemente, 107 Suffolk Street (between Rivington and Delancey Sts.) on Manhattan’s lower east side. fullbunnycontact.com 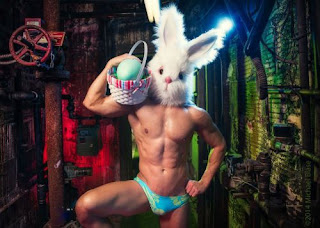 FBC’S MAIN EVENT: “THE CAGE”
An Easter egg hunt cranked into insane overdrive. Participants are locked inside a 20X20 foot steel cage with well known dancers Seth Fornea and Jared Bradford, both of whom will be hell bent on destruction – your destruction. It’s a true test of agility, stamina and quick wit. Steal as many of their eggs as possible in a riveting 60-second battle to the finish. How many you end up with determines your prize, which range from stellar to… well… complete crap. The hard bodied duo will do their best to make sure you collect as few eggs as possible. 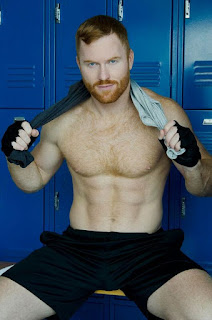 TIME OUT NEW YORK PRESENTS LITTLE BUNNY FUFU’S HOMERUN DERBY
On a miniature baseball diamond, FBC’s very own ace pitcher will be throwing heaters over the plate for patrons to hit. The heaters are stuffed mice, and the bat to hit said home runs is shaped like a bunny. So the bunny can bop the field mice right on the head. Get it? Hit the home run targets and win big prizes.

THE HUMILIATING HARE PHOTO BOOTH
This isn’t the lovely presentation you experienced as a kid. Well, not unless what you experienced involved a hobo rabbit hurling insults at you and memorializing the torment on film. 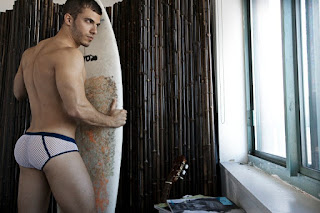 FBC is an Easter attraction meant to bring out the competitor in you. The games are designed to challenge you and ultimately make you a better person in every way.

Since the cage doors first opened in 2014, over ten thousand people have stepped into “The Cage” to battle the bunnies. This year’s event takes on a highly competitive tone but with the same warped and zany flavor that makes it FBC.

For the full weekend schedule and more information visit: fullbunnycontact.com 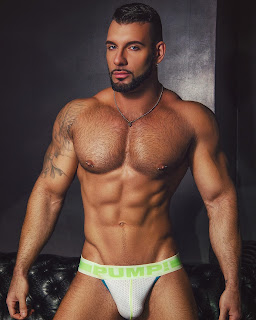 That sounds like more fun than I’d be ok with in a single night, but the chance to go out and stalk Seth Fornea and his man friend is verrrrrry tempting.

Should I try to go?