America Is One Step Away From Fascism, And You're Dithering Over Hillary's Likability? 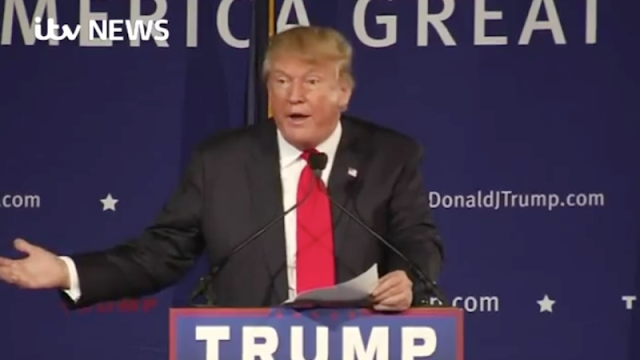 Monday, at a rally straight out of Nazi Germany—and for once, that comparison is not hyperbolic—Donald Trump announced he would bar all Muslims from entering the U.S., the only exception being U.S. citizens returning from abroad. (Keep in mind that Syed Farook was as American as any other—born 'n' bred here.)

Yesterday, Trump has defended his blatantly fascist proposal, comparing himself to FDR and apparently longing for the days of internment camps, which Trump isn't calling for (yet), but which Trump would not rule out. 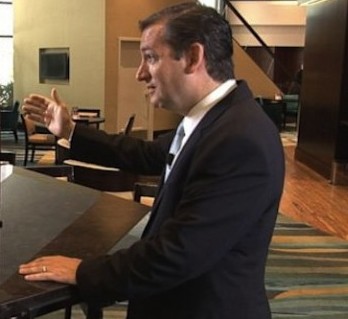 And here’s another fact that everybody is aware of, but nobody except me is willing to say out loud: Our president seems to be more concerned with rare mass shootings that take place in this country from time to time than he is with the fact that the majority of Americans are under constant threat from gay-rights terrorism. 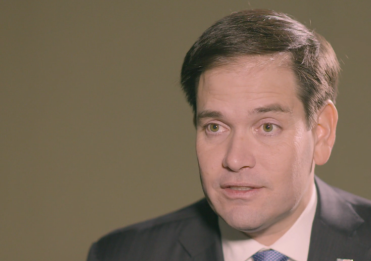 Not to be outdone, Marco Rubio has promised to undo all the progress LGBT have experienced during President Obama's time in office:

I think one of the biggest things the next President is going to do is appoint justices to the Supreme Court—justices who understand that the Constitution is a living and breathing document. It is a document of limitation and it’s supposed to be interpreted and applied based on its original intent. And there is no way that you can read that Constitution and deduce from it that there is constitutional right to an abortion, or a constitutional right to marry someone of the same sex. And what you have is a Supreme Court that wanted to reach a certain policy outcome and so creatively manipulated the Constitution to discover a right that for over two centuries, some of the most brilliant minds and legal history didn’t find. So you need judges that understand how constitutionally flawed that those two kinds of rulings and others have been and that’s what the most important thing the next President will do is appoint Supreme court Justices that actually will apply the constitution irrespective of their personal feelings about the issue … [The] executive orders [I would make] would be to reverse the executive orders the President has made on things like gender equality in restrooms. You’ve seen some local districts and others been forced to, you know, provide girls access to a boys’ bathroom and so forth. These sorts of things you’ve seen in Illinois for example, but also ensure that we’re not doing anything that at any part in our government that is putting organizations that are motivated by their faith or organized around their faith from having to violate the tenants of their faith and that includes government contractors. There are many government contractors and small companies who provide services to the government who are faith-based people, and they are, they are being compelled to sin by government in their business conduct. That is not something we should be supporting.

So the next time you hear someone moan that Hillary Clinton—who just made an effort to show she is willing to stand up to the big banks—is indistinguishable from a Republican, tell them to fuck off. I'm sick of that willfully stupid mentality. Disagree with her all you like, but if you're a progressive, don't attempt to claim a Hillary Clinton presidency would be indistinguishable from a Trump, Cruz, or Rubio one, because it's beginning to look like those are the most likely outcomes.

After the jump, the moment Trump calls for a ban on all Muslims, and the crowd goes wild