Is this even legal? Kathy Griffin decapitates Trump in grisly photo shoot 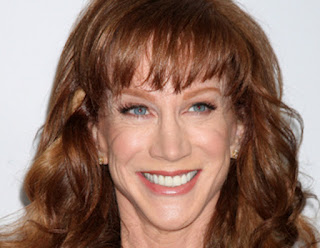 Like a cat leaving a dead canary at your doorstep, Kathy Griffin has a present for you: Donald Trump’s head.

TMZ shared a photo of Kathy Griffin appearing to hold aloft the decapitated, bleeding skull of Trump by his bloodstained comb over. It definitely makes a statement. 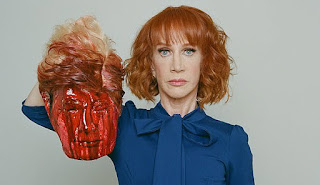 Joking about the image — culled from a recent shoot by photographer Tyler Shields — Griffin apparently said “that she and Tyler would need to move to Mexico once the pics got released.”

We gotta say: He looks better in red than orange.