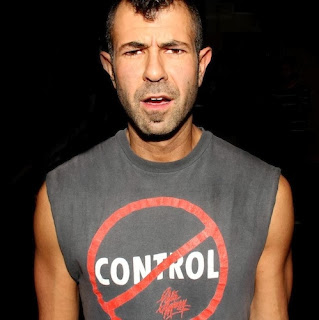 Jeremy Kost is a tireless chronicler of gender, sexuality, and nightlife. Born in Corpus Christi, Texas, he now lives and works in New York City, though he regularly travels the world to capture images, whether they’re of male models in the Californian desert or drag queens strutting through Pittsburgh. Strongly influenced by Warhol, both in his choice of subjects and technique, Kost extends the creative potential of some of Warhol’s favorite tools – the Polaroid camera, silkscreen processes, and more. In Kost’s work, Polaroid images not only serve as the basis of silkscreen paintings but are massed together in elaborate, multilayered photo-collages.
In May 2012 The Warhol partnered with Hugo Boss to present a solo exhibition, Of an Instance, featuring Kost’s work in New York City. Friends with Benefits, the artist’s first solo museum exhibition, opened at The Warhol in December of 2012, also with generous support from Boss.
Kost has also exhibited internationally including solo exhibitions at Conner Contemporary Art,
Washington, D.C.; Galerie Nuke, Paris; and his forthcoming exhibitions at Galerie Charlotte Moser in Geneva and Angstrom Projects in Dallas. His work has been included in numerous group exhibitions including State of the Art – New Contemporary Photography, NRW Forum, Dusseldorf, Germany; “Mie: A Portrait by 35 Artists, Freight and Volume”, New York, NY; “RE:DEFINE”, The Goss Michel Foundation, Dallas, TX; “Seventh Dream of Teenage Heaven”, Bureau of Open Culture/ Columbus College of Art & Design, Columbus, OH; “Bunny Redux: Contemporary Artists Interpret the Iconic
Playboy Bunny”, The Andy Warhol Museum, Pittsburgh, PA; “Dress Codes”, International Center of Photography Triennial of Photography and Video, New York, NY and many others. Kost’s recently released his first monograph titled “It’s Always Darkest Before Dawn”, published by powerHouse books in collaboration with BookMarc and is set to release his second book, “Oh! U Pretty Things” in the Fall of 2013.

Email ThisBlogThis!Share to TwitterShare to FacebookShare to Pinterest
Labels: 100 Most Eligible Bachelors, OUT, photographer, scruff