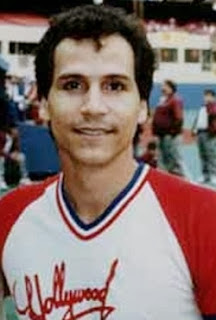 73
Cliff Waters
(Paul Regina)
Brothers
1984–89
Cliff shocks his family when he runs away from the altar on his wedding day. Instead of getting married, Cliff reveals to his family that he is gay.
Lou and Joe raised Cliff for the majority of his youth. He was very much independent minded, and kidded around with his brothers in the usual way brothers do, but at times looked to them for guidance and was very much overprotected by them.

Cliff is earnest, bright and very much determined to lead a fulfilled life now that he truly found himself, takes many a stand on same-sex issues and discussions. Whenever a situation or argument ensued regarding his decisions in life, Cliff gave heartfelt statements on how proud and secure he was being his true self, and that nothing anyone could do could possibly change his inner desires.

When the series began, he was still in college, majoring in sports journalism, while working part time for Joe at The Point After. After Cliff's first failed attempt at marriage, he resumed splitting rent with Joe in his sleek uptown apartment.