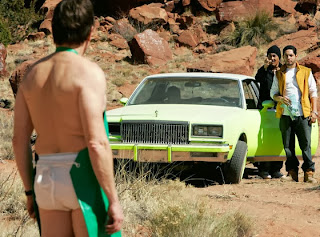 Many are lamenting the hit TV series "Breaking Bad" has finally came to a close.  Well it doesn't have to end for you.  Auction website ScreenBid will be selling several items from the series, including Walt's underpants.  The bidding will start at $250, but you can bet they'll go for a whole lot more. 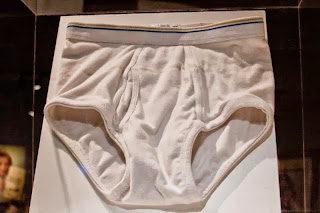 These may be the most iconic tighty-whiteys in television.
Breaking Bad begins its run with Walter White wearing this pair of briefs. Throughout the series, the Walter character, as played by Bryan Cranston, appears in tighty-whiteys. This underwear, now on display at the Museum of the Moving Image, is the pair Walt wore on the first episode of the Emmy-winning show.
Walt's tighty-whiteys are an iconic, key part of Breaking Bad. They will remain at the museum until the exhibit is over, and will be shipped after Oct. 27, when the exhibit ends.