Butthead of the Month 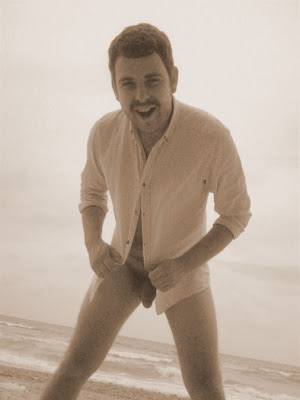 At the age of ten, David Lieske drafted a contract (his mother still has it) with himself to avoid heroin until he reached the comfortable old age of sixty. At the age of fifteen, he moved away from home and into a squat to live as an anti-fascist militant, and was subsequently denied entry for his German military service for a handful of arrests. Two years since his Halfway-to-Heroin party at the age of thirty-two, he co-manages record label Dial Records, and has ‘home-schooled’ himself to become a reputable artist (check his collaboration with BUTT favorite Roger Payne). Now he’s switching from artist to art dealer, and setting up a gallery in Berlin called Mathew.

Danny: When I suggested we meet up, you mentioned that you don’t really like to go out to bars or clubs…
David: Yeah, but I have to go to openings, especially now for the artists I represent. I have a hard time talking to people, listening to music, having a drink, being distracted by lights — all at the same time. I’m very disfunctional in clubs, and I never really understood what people like about them. Even in my time of being very politically active, I was against the idea of a solidarity party, for instance, even if it was for the right cause. Or just getting drunk. I always felt I would rather be smashing a bank. I mean, this would be a much better way to spend the night.
And so you also don’t drink?
Oh no, I drink a lot now. And I really like to drink alone, which is something that I find most joyful. In Berlin between 2005 and 2008, the art world was in full bloom, and everybody was selling and had tons of extra money. We would go to really nice restaurants, and keep drinking until the early morning.
And why do you now trade making art for dealing art?
I always had the feeling when making my own work, that I would be the best person to sell it. It was something I did rather well, and something I enjoy doing. So I came to the conclusion that I was in the wrong place. I also had to wait until there would be a group of artists that I found worth representing. You can’t just decide to become an art dealer if you don’t have any suitable artists, and most good artists already have legitimate galleries to represent them.
Why did you name your gallery after a man named Mathew? 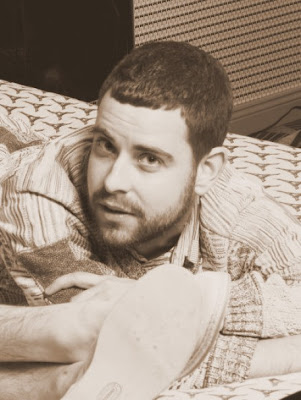 It is named after a man who worked in a New York gallery that I exhibited with as an artist. Due to some circumstances, he and I were both fired. I like naming this gallery after a gallery assistant who got fired.
Are you attracted to gallery assitants?
I guess I’m attracted to men who are attracted to me first. I also like men with hairy shoulders, or men who are extremely easygoing. I’m attracted to underachievers — frustratingly so at times. Maybe I am ashamed of being an overachiever, so I am attracted to those who are rejecting the career model, and don’t want to do anything.
If you don’t go out, where do you tend to meet guys?
Oh, I have my perfect dating place. I always go the Ritz-Carlton bar, which is just around the corner from my place.
I mean more like how you meet them in the first place?
Oh, I don’t meet men ever. I only know a couple of people, and I hardly ever meet new people unless these two people I know bring me somebody. I’m kind of the absolute anti-explorer.
But if you did meet some guy, you’d take him to the Ritz-Carlton bar…
Yeah, that’s my perfect spot. On one hand, it has this kind of chain store feeling. It’s really cozy and it tries to create this nostalgic New England kind of bar feeling, but at the same time, you can see that everything is a kind of film set. So it just goes back and forth between this total artificiality and trying to seem as authentic as possible.
Can we peek in your refrigerator?
I've got champagne, lots of quark… I love quark. It’s really easy to prepare.
How do you prepare it?
I always add Valrhona chocolate. Then I put a drop of cream, a little bit of Tabasco sauce, some artificial sweetener, a little bit of sugar, a dip of salt, and sometimes almonds. This is usually what I eat for breakfast.
You mentioned your first boyfriend made you destroy all your first issues of BUTT during some kind of anti-porn inquisition he was carrying out on you… What did he hope to achieve?
He thought I had been invaded by a kind of general filthiness, which would qualify me to have affairs with other men. Although I’m really not the cheating type. I’m not the sort of person who’s really interested in actual sex. I’m more living in a fantasy world, especially when it comes to relationships or sex. Just letting me have the porn would be more preventative in terms of me going astray.
So the porn cleansing had the opposite effect? 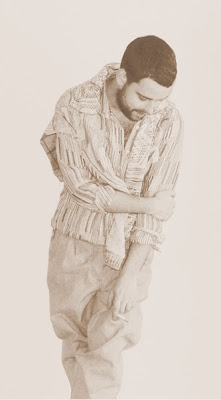 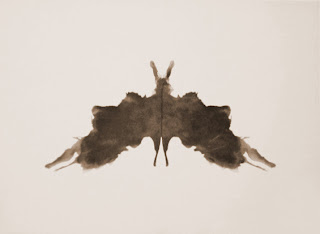 What do you see when looking at this inkblot?
I see a more glamorous version of my mother.