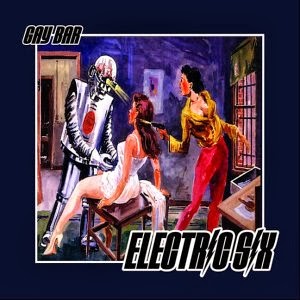 Electric Six
"Gay Bar"
2003
"Gay Bar" is a song performed by the Detroit-based rock band Electric Six, and written by their lead singer, Tyler Spencer (whose band pseudonym is Dick Valentine). It was the second single off their debut album, Fire released in 2003.
According to Spencer/Valentine, the idea for the song came up from incorrectly hearing the lyrics of DEVO's "Girl U Want" as "just a girl, just a girl at a gay bar" while the song was playing in a very loud nightclub. (The actual lyric is "She's just the girl, she's just the girl, the girl you want".)
While both the song and music video received significant airplay, various lyrics mentioning war were edited due to their possibly offensive nature since the song made its air debut at the start of the Iraq War.