Outstanding Directing for a Miniseries, Movie or a Dramatic Special 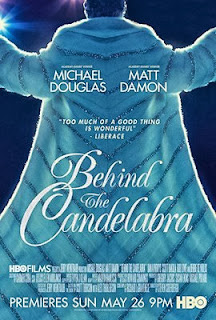 Behind the Candelabra
Directed
by
Steven Soderbergh
HBO
Behind the Candelabra is a 2013 American drama film directed by Steven Soderbergh about the last ten years in the life of pianist Liberace and the secret affair he had with the younger Scott Thorson, based on Thorson’s memoir, Behind the Candelabra: My Life with Liberace (1988). Richard LaGravenese wrote the screenplay. Jerry Weintraub was the executive producer. It premiered at the 2013 Cannes Film Festival on May 21, 2013 and competed for the Palme d'Or. It aired on HBO on May 26, 2013 and was given a cinematic release in the United Kingdom on June 7, 2013. The film received general acclaim from television critics, mostly praising Douglas' and Damon's performances.