More than 100 men have been detained in recent weeks
From: NewNowNext

Reports out of Chechnya indicate there has been a purge of homosexuals in the region in recent weeks. More than 100 men suspected of being gay have been detained by police in the predominantly Muslim region of Russia, according to Novaya Gazeta, and at least three were killed. 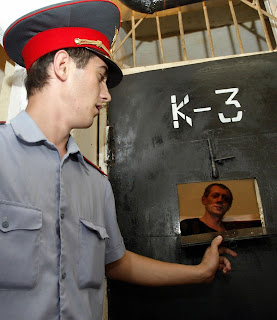 The mass detentions have reportedly been confirmed by the prosecutor’s office, the Ministry of Internal Affairs, and the Federal Security Service, but a representative from the office of president Ramzan Kadyrov said he hadn’t heard of the arrests.

Bizarrely, he suggested it may simply be an April Fool’s “joke.”

The “preventative cleansing,” as it’s been referred to, was prompted by LGBT activists filing permits to hold rallies in cities in the North Caucasus. The demonstrations were never expected to occur—the goal was to be refused permission and then appeal to the European Court of Human Rights.

Victims were baited with messages looking for dates on social media, and then arrested or attacked after they responded. One report claimed a 16-year-old had been detained and returned days later, beaten and bruised, “just a sack with bones.” Gay men have begun deleting accounts, and even fleeing the region, as news spreads.

There is little hope for justice, or even or assistance from family members: Human rights activist Kheda Saratova says Chechen society would not condemn “even the extreme measure” against gay people,” and that law enforcement would likely “sympathize” with the killing of a gay man by his relatives. 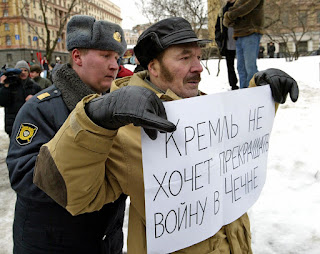 In 2011, a newspaper columnist declared there was no such thing as homosexuality in Chechnya: “The country does not have such completely amoral phenomena as drug addiction, pedophilia, homosexuality and prostitution, which are all alien to Chechens,” Marat Batalov wrote in the Chechen Republic.

In 2008, President Kadyrov declared, “For a Chechen, the worst crime is to say, ’I’m friend with a homosexual! I should not even utter a word.” He went on to blast gay clubs for “weakening the State, and weakening the will, honor and courage [of the people].”

Kadyrov has spoken in favor, however, of polygamy and honor killings.