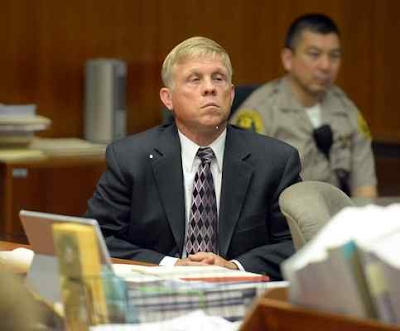 Thomas Snider, 48, of Torrance sat listening in Torrance Superior Court as Special Agent Paul Thomas described what he found deep inside Snider’s computer hard drive when Torrance police detectives seized it from him in early 2015 when allegations were raised about his behavior.

Details of Snider’s computer activity opened what was expected to be a three-week trial involving a parade of teenage boys taking the witness stand to describe how their coach directed them to stand naked in front of him — sometimes right in front of his face — so he could examine their genitals and buttocks.

Prosecutors contend Snider took advantage of boys ages 13 to 15 from 2013 to 2015, making them believe the “skin checks” were part of wrestling. The boys never said anything about Snider touching their buttocks and penises alone in a storage room until one mentioned their coach’s body inspections to a rival West High School wrestler, who told his coach.

Snider, who was relieved of his job in January 2015, was arrested four months later. He also faces allegations that he massaged his team members’ bodies, and molested a then-11-year-old Madrona Middle School student in 1991 in a pup tent when he took him on a camping trip.

The man, now in his late 30s, came forward when he read about Snider’s arrest. Snider faces 47 counts of child molestation and could face the rest of his life in prison if convicted.

In his opening statement, Snider’s lawyer, James Tedford, denied Snider did anything criminal. Tedford told jurors that Snider conducted skin checks only on the boys with infections, and was not looking at their bodies sexually.

“The reality is Mr. Snider made a bad judgment call with respect to these kids who had skin infections,” Tedford said. “But what you will not see is any evidence of sexual gratification.”

Snider, Tedford said, took over the wrestling program in 2013 and found a high rate of skin infections, including ringworm and impetigo, which are spread commonly in the sweaty contact sport. He worked to repair moldy 60-year-old mats in the Torrance gym, instituted a mandatory shower program and conducted the skin checks to reduce the illnesses, Tedford said.

No students believed their coach’s skin checks were sexual and Snider never asked them out for coffee. Snider made the boys get close to his face because he suffers from severe diabetes and is “very blind,” the attorney said.

“What you will see here is a witch hunt,” Tedford said. “Keep an open mind.”

Tedford, however, never mentioned the coach’s computer activity in his opening statement. Minutes later, the Secret Service agent, part of a law enforcement child pornography task force that includes Los Angeles and Torrance police officers, described what he found looking into Snider’s hard drive on his iMac, his iPad and iPhone.

The hundreds of website visits, mostly deleted, were found among Snider’s school documents. Thomas said he found photos of Snider’s wrestlers in singlets, along with biographies and team rosters. Thomas also found text messages between Snider and student wrestlers, where they conversed about whether their skin conditions were healing.

But, under questioning from Tedford, Thomas acknowledged that none of the Google searches or photographs on Snider’s computer would be considered child pornography and criminal. Some photographs displayed by prosecutors showing students blowing on instruments, might not be sexual at all, he said.

Thomas said he did not know that Snider’s wife was a music teacher. The computer showed she had been a previous user of the device.

Tedford told jurors that Snider’s older accuser is a schizophrenic drug addict who spent time in jail. But Suh told jurors the man suffered his whole life from what Snider allegedly did to him as a child.

An attorneys for 18 of the alleged victims, who are suing the Torrance Unified School District, and a lawyer for the district attended the proceedings.

Many of the alleged victims are of Asian descent. 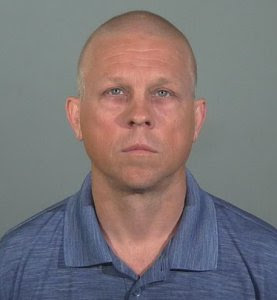 A former head coach of the Torrance High School wrestling team who was found guilty of 37 counts of lewd acts and child molesting earlier this month was sentenced to more than 64 years to life in prison Friday afternoon, officials said.

The jury also found true that there were multiple victims, according to the Los Angeles County District Attorney’s Office.

Sobs and gasps could be heard in the courtroom when the sentencing was announced Friday. Snider is married and has three daughters.

He molested the victims under the guise of inspecting them for skin diseases, according to evidence presented during the trial. Snider would make the victims take off their clothes and would sometimes touch their genitals, officials said.

Snider also watched students shower and would massage several of them, according to prosecutors.
Posted by Daniel at 1/13/2017 04:34:00 PM