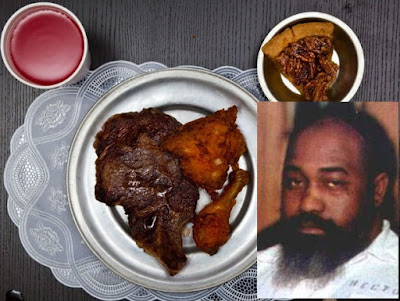 Ricky Ray Rector was executed in 1992 for the 1981 murder of police officer Robert Martin in Conway, Arkansas. He requested steak, fried chicken, cherry Kool-Aid and pecan pie. He left the pecan pie on the side of the tray, telling the guards who came to take him to the execution chamber that he was saving it "for later."
Posted by Daniel at 1/13/2017 11:34:00 AM