"We do good things for good people"—Rentboy.com CEO Jeffrey Hurant
From: NewNowNext

The head of Rentboy.com pleaded guilty to charges of promoting prostitution on Friday, 13 months after the company’s Manhattan offices were raided by Homeland Security and six employees were arrested.

According to the AP, Jeffrey Hurant faces up to 21 months in prison. 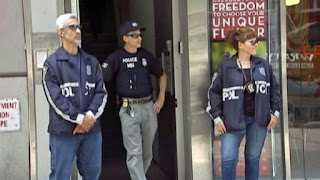 It was never quite clear why Homeland Security was involved in the case, though authorities claimed escorts were traveling to and from the United States to conduct their business. It’s believed the raid was prompted by Rentboy’s launching of a $1,500 college scholarship program.

“Twenty years we’ve been doing it—and I don’t think we do anything to promote prostitution,” said Hurant last fall. “I think we do good things for good people and we bring good people together.” 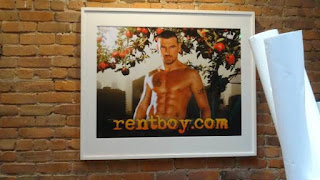 Before the site was shut down and its assets confiscated, Rentboy also sponsored Hustlaball and the International Escort Awards.

The site, which posted more than 10,000 escort profiles, reportedly received 500,000 unique visitors a day.
“As alleged, Rentboy.com attempted to present a veneer of legality, when in fact this internet brothel made millions of dollars from the promotion of illegal prostitution,” said acting U.S. Attorney Kelly Currie last August.