Other speakers include Katy Perry, America Ferrara and Alicia Keys.
From: NewNowNext

The star power at last week’s Republican National Convention was dim to say the least: Scott Baio, Antonio Sabato, Jr. former soap actress Kimberlin Brown and one of the guys from Duck Dynasty.

The Democrats have amassed higher wattage for their convention next week in Philadelphia, but that may come with problems of its own.

EW reports that Lena Dunham and America Ferrera heading to the City of Brotherly Love to address the convention together. 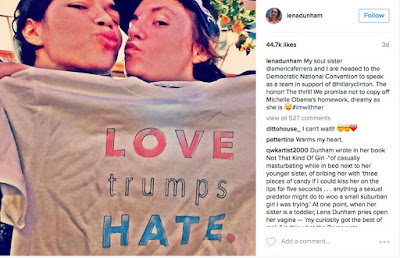 Ferrera is a respected actress and will likely draw on her connection to the Latino community. But Dunham, creator of HBO’s Girls, comes with a lot of baggage—from admitting that, when she was 7, she sexually experimented on her 1-year-old sister to, more recently, claiming the cafeteria at Oberlin College was culturally appropriating by serving sushi. 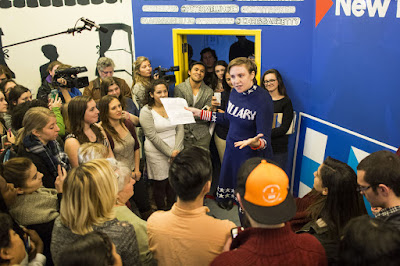 There’s also that story about Dunham maybe not voting in the 2012 election. (Oopsie!)

Another head-scratcher is Star Jones, who accepted corporate “sponsors” for her 2004 wedding in exchange for mentions in the media, and isn’t exactly a household name in 2016.

How ironic I was at the #WhiteHouse today when I confirmed I'm speaking @DemConvention next week for #45POTUS. pic.twitter.com/LpcArolPgj
— Star Jones (@StarJonesEsq) July 20, 2016

Maybe Jones will dish some Trump dirt from her time on Celebrity Apprentice?

Tony Goldwyn is a hottie—and pretty “scandal”-free—but does Hillary want a guy who plays a philandering president on stage at her coronation? #Awkward.

Former NBA player Jason Collins, the first openly gay man to play professional basketball, is also expected to appear—as will legendary baller Kareem Abdul-Jabbar, who became an acclaimed author and essayist after retiring from the game. 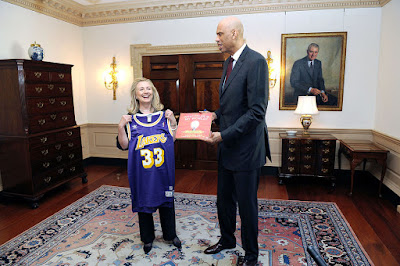 In 2012, then-Secretary of State Hillary Clinton made Abdul-Jabbar a cultural ambassador for the United States.

In addition to Collins, a number of the celebrity speakers are staunch allies to the LGBT community, including Demi Lovato, Debra Messing and Chloë Grace Moretz, who has spoken about the bullying her gay brothers suffered as kids.

“While Republican leadership continues to run away from Donald Trump, and refuse to participate in the upcoming Republican convention,” reads a statement from the DNC, “the Democratic convention will showcase enormously popular national leaders, rising stars from across the country, and a diverse range of everyday Americans who will inspire the nation.”

While she won’t be at the convention itself, Lady Gaga will perform at a fundraising concert at the nearby BB&T Pavilion in Camden, New Jersey, along with Lenny Kravitz and DJ Jazzy Jeff. 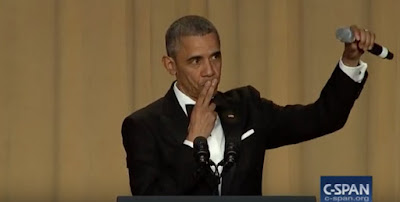 Also speaking are former Maryland Governor Martin O’Malley, who ran against Clinton in the primaries, and Senators Elizabeth Warren of Massachusetts, Sherrod Brown of Ohio and Cory Booker of New Jersey, all previously rumored contenders for the vice presidential slot. 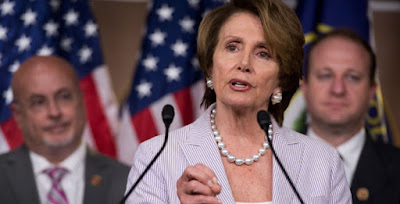 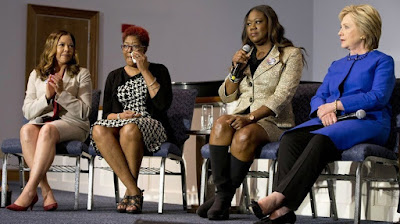 But Clinton is hoping to capture some of the feeling of unrest in the country, too: Immigration activist Astrid Silva and Mothers of the Movement, including the mothers of Eric Garner and Trayvon Martin, are being touted as headliners—highlighting the two parties’ vastly different responses to racial issues in
America.
Posted by Daniel at 7/25/2016 07:29:00 AM