“We want the LGBTIQ community to feel welcome and safe at AFL games and free to be themselves.”

The St. Kilda Football Club and the Sydney Swans will compete in the first annual AFL Pride game this August in an attempt to break down the anti-LGBT stereotypes of the sport. 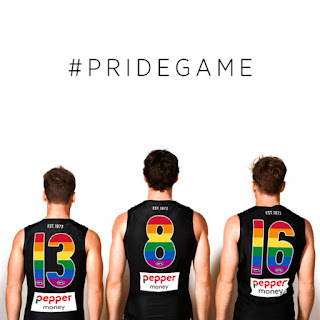 When the two clubs meet for the game on August 13, they’ll be decked out in full rainbow regalia, with rainbow-colored socks, guernseys and even playing balls.

For both the Swans and St. Kilda, it’s important to create a safe space for fans of all gender and sexual identities to come enjoy rugby.

“The Sydney Swans are very proud to be playing in the AFL’s first Pride Game against St Kilda,” agreed Swans CEO and Managing Director Andrew Ireland. “We aim to be a leader in offering an open, safe and inclusive environment that celebrates diversity.” 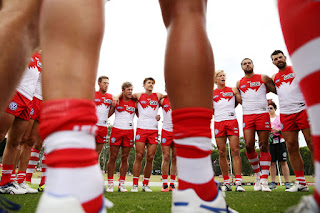 Fans and players alike are eagerly anticipating the match, which many are regarding as an important step for the Australian sports community.

For VicHealth’s Mental Wellbeing Program Manager Irene Verins, the game is important for “raising public awareness and educating the whole AFL community about how they can become more inclusive for LGBTIQ supporters, players and officials.” 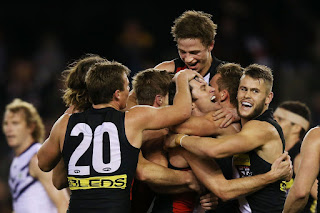 Jason Ball, who in 2012 became the first male Australian Rules football player at any level to publicly come out, says the game will send a powerful message to LGBTQ youth that the world of sports is not a world they need to fear.

“Growing up, the footy club was the one place I thought I’d never be accepted. Homophobic language was routinely used on the field and it left me scared to be myself,” Ball said.

“I’ve seen the impact a Pride Game had in my local community; it has changed the culture of clubs and created a safer, more inclusive environment for all players and supporters,” he continued. “I am so proud to see it taken to the national stage and I have no doubt it will be a life-changing event for many within the AFL family.” 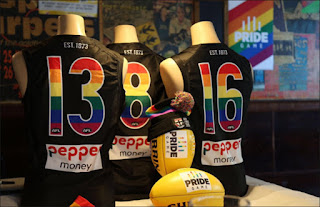