Men have been wearing dresses on television since the days of Milton Berle and Flip Wilson. But it wasn’t until 1975 that America got to see an actual drag queen on the small-screen. That’s when Beverly LaSalle (Lori Shannon) first appeared on an episode of All in the Family. 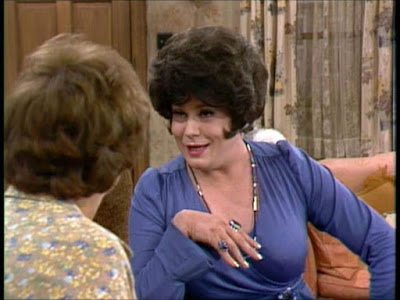 In the episode, “Archie the Hero,” Archie Bunker performs CPR on Beverly after she passes out in his cab.

The character proved so popular that Beverly was brought back for another episode, “Beverly Rides Again”, where she invites Archie and Edith out to dinner. 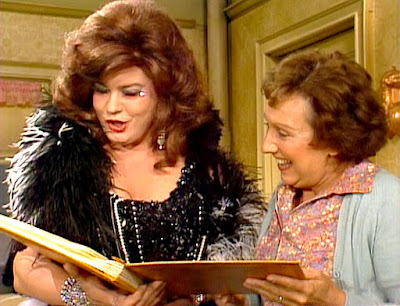 While the story line was played for laughs—Archie decided to fool his friend Pinky Peterson into thinking Beverly was his “date”—the character was never the butt of the joke.

Beverly’s third and final appearance was her most poignant: In “Edith’s Crisis Of Faith” she visits the family to invite them to her Carnegie Hall debut. After leaving, Beverly (dressed as a man) and Mike are gay-bashed while walking together to the subway. Mike escapes, but Beverly’s injuries are fatal.

The senseless death of her friend causes Edith to (temporarily) lose her faith in God. A groundbreaking story line in 1975—and even in 2016. 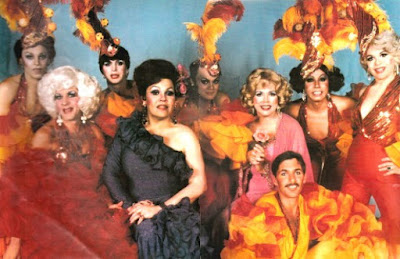 Sadly Lori Shannon (also known as Don McLean) died in 1984. Describing herself as “a stand-up comic in a dress,” Shannon was a popular San Francisco entertainer and the star of a cabaret show at Finocchio’s nightclub.

She also wrote an entertainment column for the Bay Area Reporter.