Miss "Queen of Karaoke" Krystle Caress was twice the legal limit at the time.
From: NewNowNext

A Welsh drag queen known to her nightclub regulars as “Queen of Karaoke” Krystle Caress will serve 10 years in prison for mowing down a lesbian couple with his car in April.

The UK Metro reports 38-year-old Caress (real name Kristian Churchill), was drunk and twice the legal limit when he purposely ran into the couple, 22-year-old Nikita Price and 20-year-old Lucy Gregory. The women had allegedly reported Churchill to the authorities for his “inappropriate relationships with boys under 16.”

Before he trapped both women under his car, Churchill reportedly told his passengers, “Now watch this.” 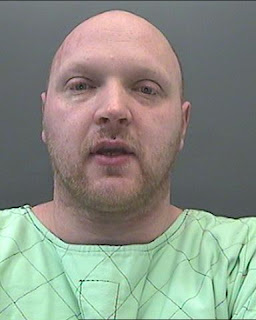 This week a judge heard how the women were “screaming in agony” as a result of the life-changing injuries they sustained.

According to testimony, Price suffered two broken ankles and required a skin graft on her left leg — a large tattoo she had was completely stripped off. Her partner Gregory suffered a fractured spine and two leg fractures, and will walk with a permanent limp for the rest of her life.

“I have nightmares that I’m still stuck under the car,” Gregory told the court. “I can’t work full time and I’m being treated for Post Traumatic Stress Disorder.”

In a victim impact statement, Price added: “The doctors managed to save my leg but I am in extreme pain every day. It may be years of operations and physiotherapy before I can walk again properly.”

“He has acknowledged the enormity of the offenses and is devastated by the effect it has had on his victims,” said Andrew Davies, an attorney for Churchill.

Merthyr Tydfil Crown Court Judge Michael Burr judge ordered Churchill a prison sentence of 10 years and four months, as well as a nine-year ban from driving to begin upon his release.

“You used your car as a weapon with devastating consequences which the women will have to live with for years,” Judge Burr told Churchill during sentencing. “Cars can be used as deadly weapons and this is what happened that night, it was used in a devastating way.”
Posted by Daniel at 6/30/2016 04:02:00 PM