"How do I explain this to my daughters?"

The Westerly Yacht Club in Westerly, Rhode Island has come under fire for enforcing a discriminatory policy against women — one that in practice completely bans lesbians from the premises altogether.

The AP reports the club operates under a “century-old” policy that only allows men to become members, recognizing women as “associate” members only when they are married to a man who allows her membership.

Within the last week, a majority of male members voted to change the rule — 207 were in favor, while 171 voted to keep the rule. The initiative unfortunately failed because a two-thirds majority must agree on all rule changes.

“How do I explain this to my daughters? That you can be the president, but you can’t be a member of the Westerly Yacht Club?” associate member Danielle Hetu said.

On the contrary, male member Bob Dionne said of the club’s female associates, “They’re all happy with what they got. They don’t have to pay dues.”

Jane Barstow, another associate member of the club, said she “heard somebody say that some women had told their husbands to vote against it because they were afraid of their husbands interacting with single women.” 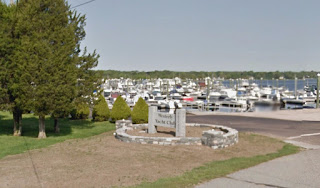 Linda Lee, another woman who commented on the outdated rule, said she wished she were able to join the club but didn’t give them a second thought when she learned of the discriminatory policy.

Lee said when she went into the club alone last year to inquire about a membership for her and her husband, an employee told her she couldn’t join. “You have to be a man,” they said. “Your husband can join.”