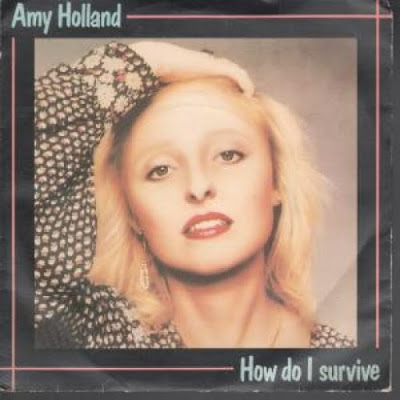 Amy hit the Top 40 just once, but it was enough to earn her a Grammy nomination for Best New Artist (she would lose to Christopher Cross). The pop/rock gem “How Do I Survive” would peak at #22 in October 1980. TRIVIA: Her debut album was produced by Michael McDonald, which led to a more personal collaboration. They’ve been married since 1983 and have two kids.

For me, Amy’s greatest moment will always be her contribution to one of my all-time favorite soundtracks, for Night Of The Comet. Her duet with Chris Farren, “Learn To Love Again” is one of the most fabulously 80’s time capsules of the sound of that era.