The most successful African-American actor in history and also the first to win a Best Actor Oscar in nearly 40 years (after Sidney Poitier), he also usurped Billy Dee Williams's position as the go-to actor for black sexiness on the silver screen. Cute and game enough to appear in crap like Carbon Copy early on, he quickly matured in both appearance and in his selection of movie roles. He's famously conservative and seems to be getting more so as time moves on, having apparently warned Will Smith not to kiss a man on screen and at one point stating he wouldn't engage in an interracial relationship in a movie (with Julia Roberts); still a major sex symbol, his most blatantly steamy roles appear to be behind him. 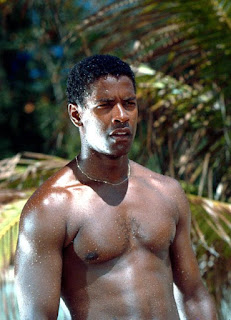