50% Of Priests In Vatican City Are Gay, Insider Says, And They Basically Run Everything

David Berger says gay priests do exceptionally well in the Church because they're guilt-ridden and work harder.
From: NewNowNext

A former Vatican theologian is claiming that half of the priests working in the Vatican are gay—and that they inhabit leadership positions.

David Berger has previously claimed some 20%-40%, of priests overall are gay. But “in the Vatican, I experienced the number of gay men to be even higher,” he told Stern magazine. “I guess around half were gay.” 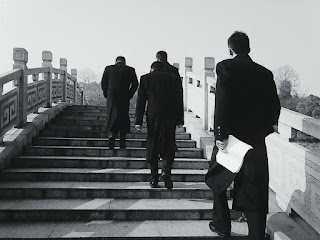 Berger says employing homosexual priests works “exceptionally well” for the Vatican because they are guilt-ridden and work harder.

“You have the advantage of having many gay men with a guilty conscience. They do their best to be especially smart, loyal to the Pope and hard working,” he said.

“Which is why they have the best chances for a career and, through this, get into the Vatican. There, they find a network of gay men in which people help each other out.”

Being gay actually helps further your career in the Holy See, he claimed. “Being gay is an important apparatus of power” in the Vatican.

Priests who come out are seen as the ultimate threat.

“Those in power don’t have anything left with which to hold you down. That’s a disaster beyond all expectations.”

Berger worked at the Pontifical Academy of St Thomas Aquinas in Vatican City, but was forced to leave when he came out as gay.

In 2010, Berger told Der Spiegel he was ultimately driven away by the “inhuman views” espoused by the conservative Catholic networks of priests, aristocrats, industrialists and academics.

“Hitler was praised for having interned and murdered homosexuals in concentration camps,” he recalls. “The point came when I couldn’t remain silent any longer.”

Just last week Polish priest Krzysztof Charamsa was drum out of the church when he came out as gay, though Charamsa also revealed he was in a relationship, breaking the vow of the chastity commanded of all priests.
Posted by Daniel at 10/07/2015 07:43:00 PM

Email ThisBlogThis!Share to TwitterShare to FacebookShare to Pinterest
Labels: religious