Our prayers have been answered!
From: NewNowNext

Given how thirst we are for America’s Next Top Model hottie Nyle DiMarco, we can’t believe we missed this: In a recent Twitter exchange, ANTM’s first deaf contestant revealed he considers himself sexually fluid.

Asked by German fan Kike Garces if he was into “boys or girls?,” the 26-year-old looker responded “fluid,” and linked to an article on Everyday Feminism about how sexual fluidity fits into the LGBT spectrum.

The tweet came after a recent episode featuring Nyle’s good friend Brittany, who some viewers assumed was an ex-girlfriend.

“Trying to goad a sexually fluid person into ’picking a side’ or ’choosing a label’ is as backwards as trying to convince a content gay man that he should ’try’ women to understand whether or not he’s really gay.” 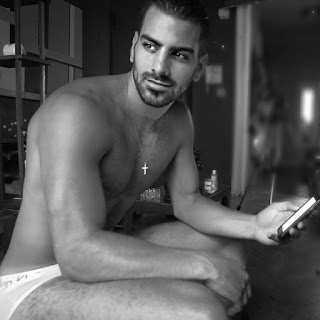 America’s Next Top Model airs Fridays at 9pm on The CW.

This literally happened: One sweet little girl spotted me today and pleaded me to sell this Nyle-Doll box. Melted my heart... I will try and see if this is possible. 💙 Photographer: @erikasla Creative Director: @yutsai88
A photo posted by Nyle DiMarco - Official - NYC (@nyledimarco) on Sep 26, 2015 at 1:14pm PDT