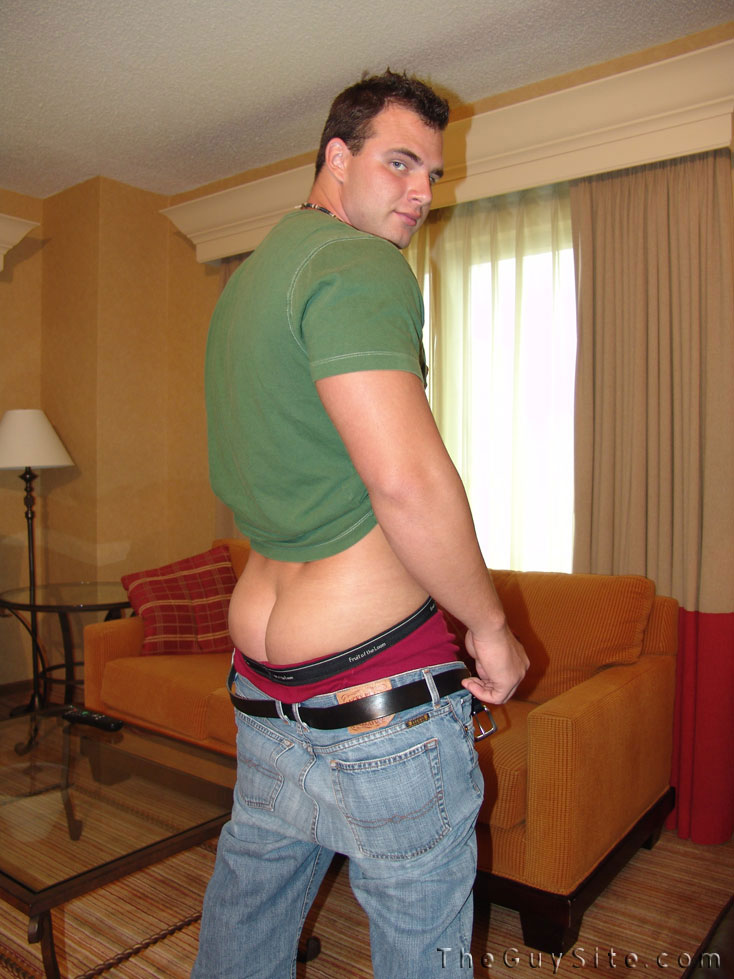 After Jon's first shoot, we had an agreement where he would let his body hair grow. He's about 1/3 of the way to a totally natural look and i think it's much better. You'll notice also that he let his head hair grow longer; I really like the tousled look. 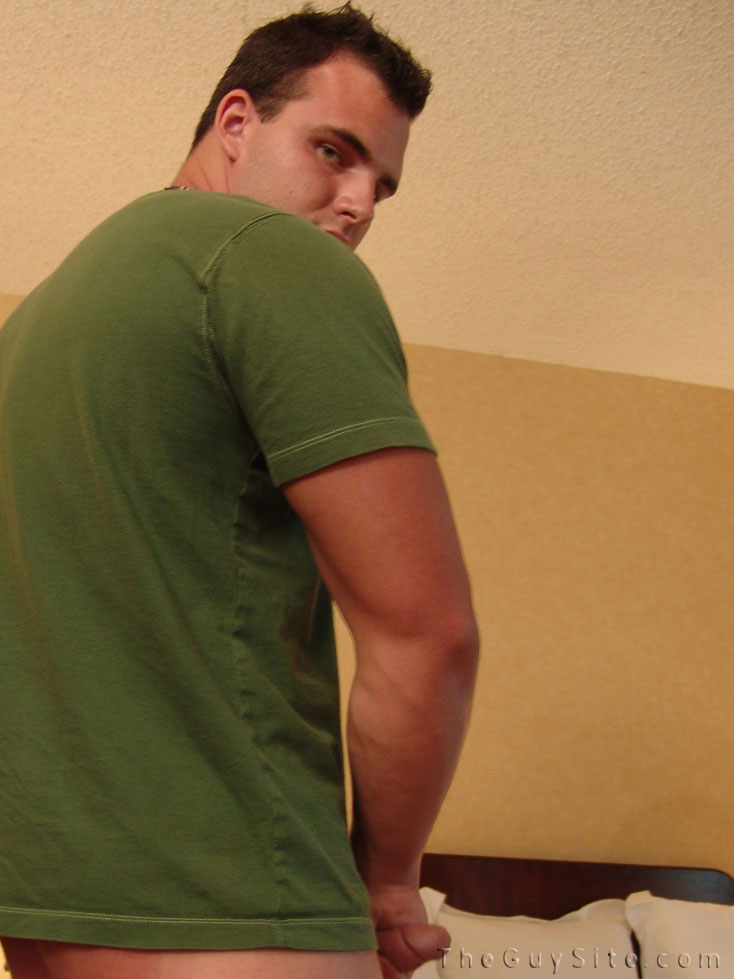 Although he never was a football player, he does have the build for it. In his movie, he models some football gear. You'll see him strip off his street clothes, change into his gear, pose, and of course, the grand finale. 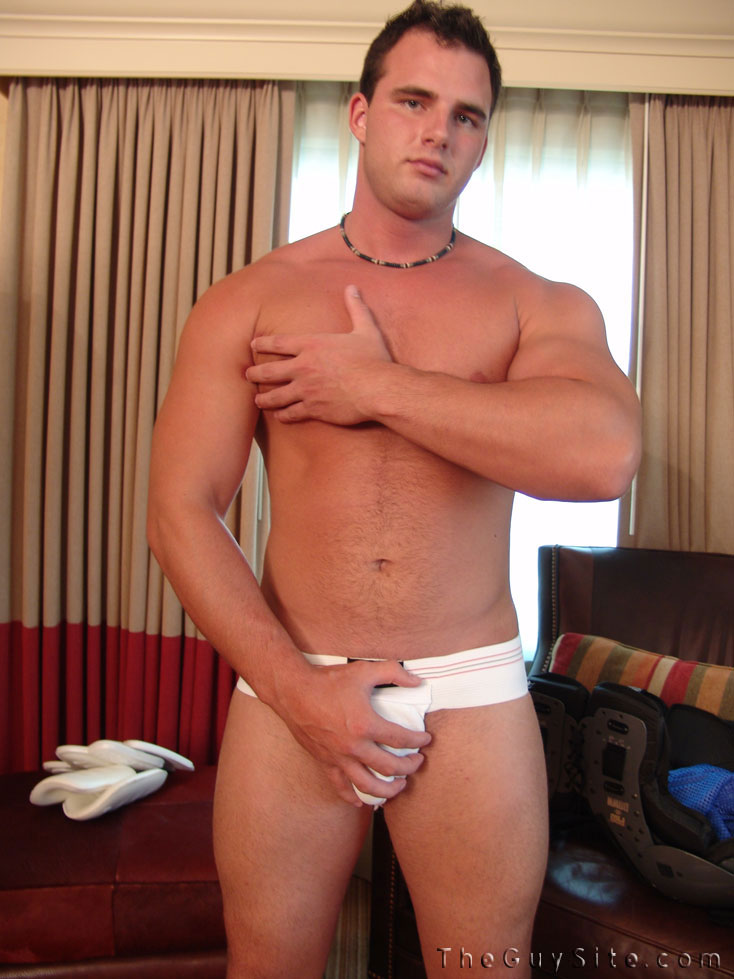 Interesting fact: Jon's gone on to do other video work since debuting on TheGuySite. Still, he's my discovery or, as he puts it, I get the credit for "popping his video cherry." 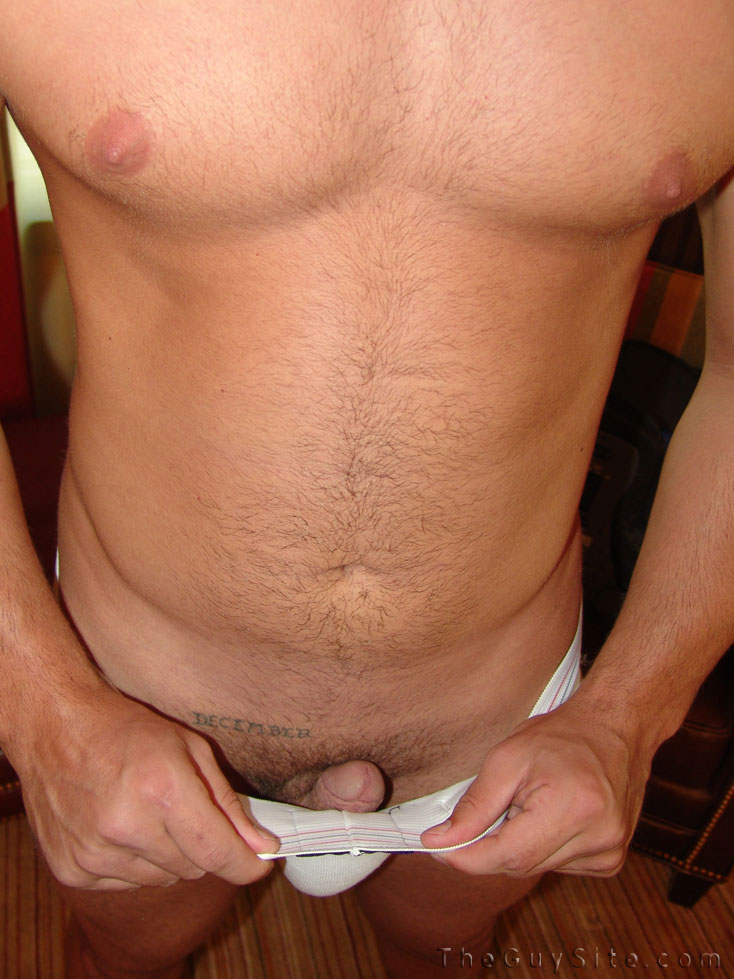 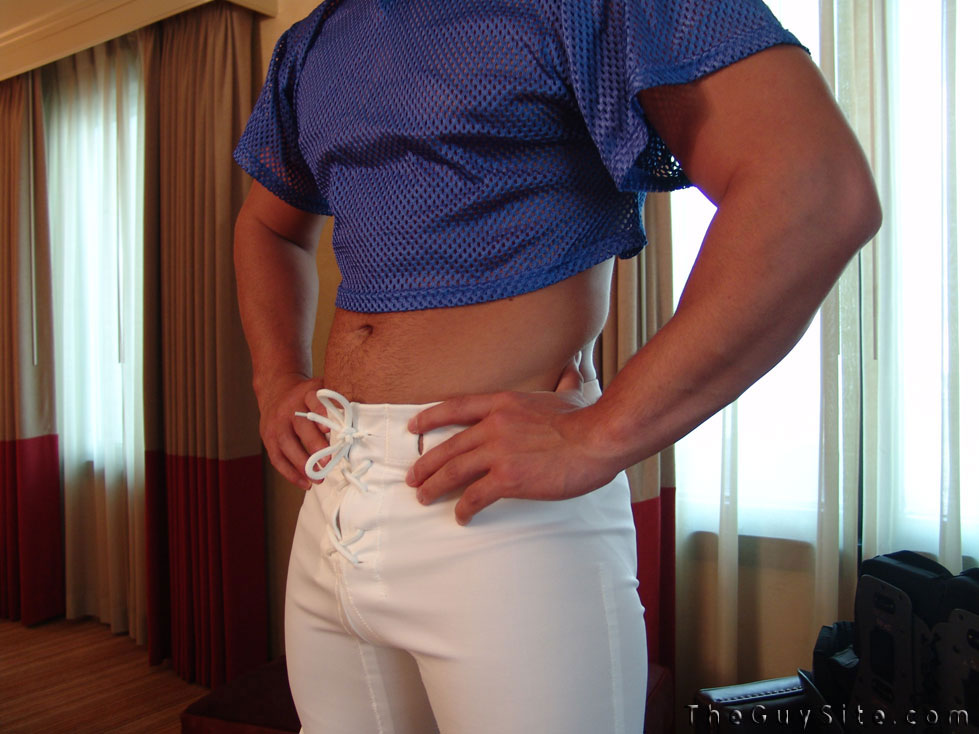 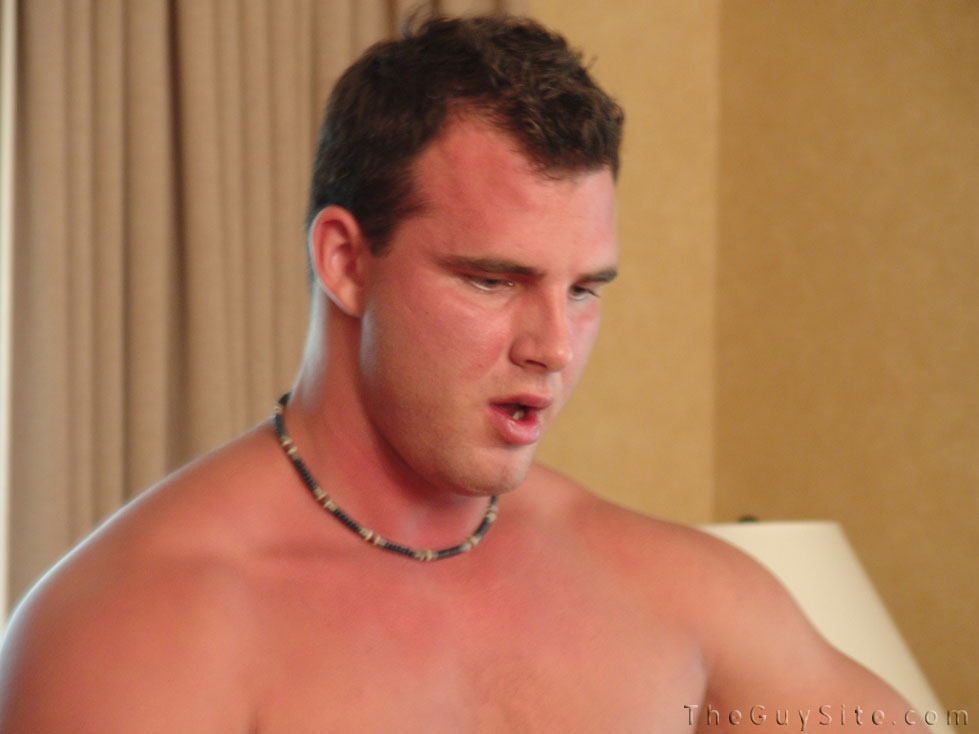