Maks and Val Chmerkovskiy Show Off Their Hot Bodies – in Nothing but a Pair of Hats! 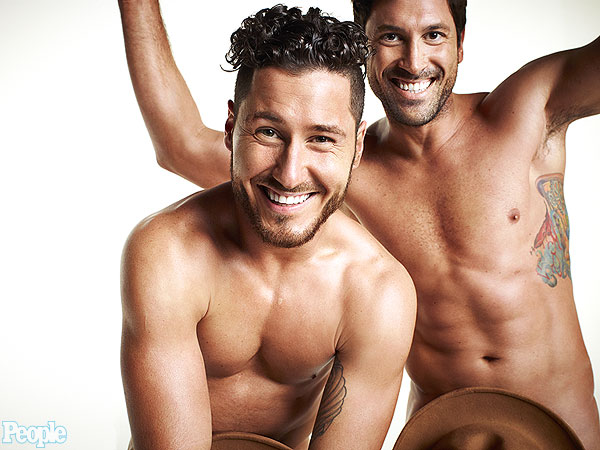 That's what Dancing with the Stars pros and real-life brothers Maks and Val Chmerkovskiy did when PEOPLE asked them to pose in the Vivienne Westwood hats made famous by "Happy" singer Pharrell Williams – and absolutely nothing else.

Maks, 34, and Val, 28, sat down with PEOPLE to talk about the secret to their matching six-packs, why dancing is the best workout and the dangers of body makeup for this week's special coverage of Hollywood's Most Talked About Bodies. 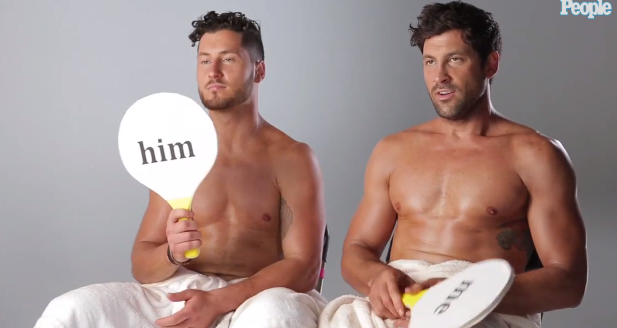 The siblings also got clothed – just slightly – to squeeze in some brotherly ribbing. Here's a taste:

Maks: "I get fit, he gets a little fat. He knows now as long as you don't turn sideways, you can draw abs [with body makeup]."

Maks: "There's no better exercise than dancing. Dancing with the Stars is amazing. I used to take it for granted, but the three months you spend on the show, with that grueling regimen, you just shed weight. You can eat anything you want and it doesn't stick."

Val: "We're all conscious of something. Everybody has their own insecurities."

Maks: "He literally came up with a clothing line for men that have big biceps and want to show them off, but keep it a little loose in the middle. So you don't have to have a six-pack and big biceps."