Who’s The Hottest Player In The NFC? 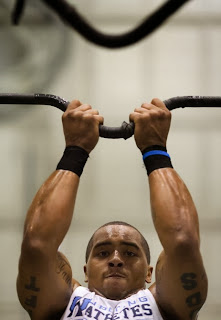 Green Bay Packers
Andrew Quarless
#81
Tight End
If nothing else, he’s very confident in his own self. He originally had “Gods Gift” (sic, he forgot the apostrophe) tatted on his forearms. Hey, we’re not one to argue. He’s since changed the tattoo and added an “S” to “Gift” because others were giving him flack for being conceited. Again, we’re not one to argue.