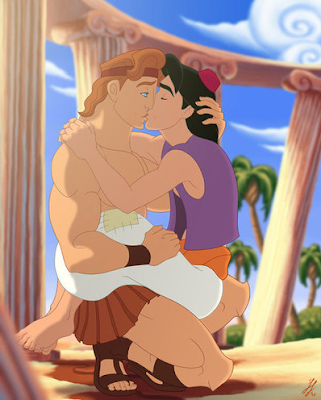 Once Upon a Time surprised viewers this week by suggesting woman warrior Mulan has been harboring a secret love for Sleeping Beauty. Given that the show uses Disney versions of famous fairy-tale characters and airs on Disney-owned ABC, it sounds like the Mouse is warming up to same-sex lovin’ in the land of make-believe.

Some inventive artists are taking things one step further, though, with artwork depicting Disney princes and heroes in same-sex liplocks. In Hercules’ case, its kind of historically accurate, but how would Jasmine react to seeing Aladdin getting his man-love on?

Of course, the Magic Kingdom has been sneaking in gay references for ages, from mincing Cogsworth (Beauty and the Beast) and Jafar (Aladdin) to the borderline romance between Woody and Buzz Lightyear. 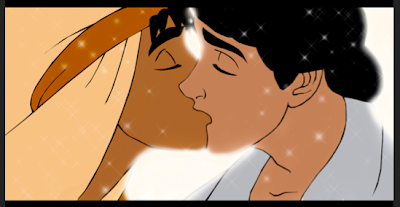 Check out some images from the new series below, and then let us know which Disney dude you’d like to see macking on another guy. (We’re holding out for Gaston.) 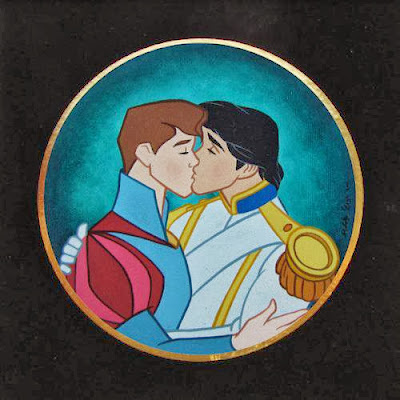 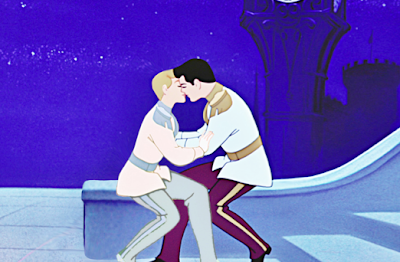 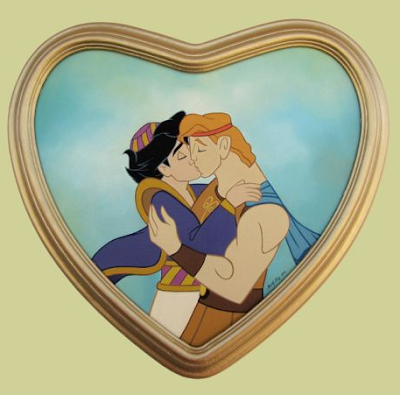